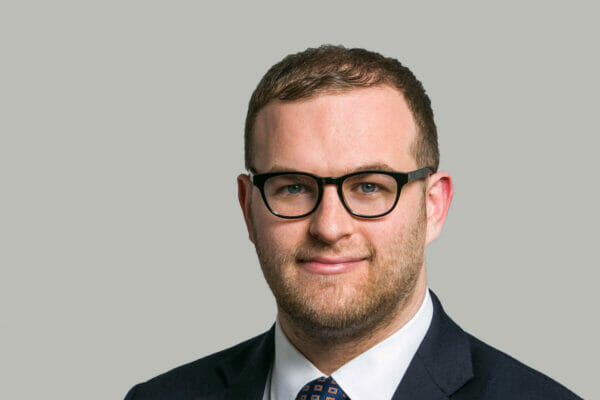 Josh has a wide-ranging practice covering all areas of commercial dispute resolution and property law. You can find further detail on Josh’s experience within each of the specialist area tabs of his profile.

His experience exceeds those of a similar year of call as, in early 2020, he worked as a judicial assistant in the Commercial Court, sitting with Mr Justice Henshaw and Mr Justice Andrew Baker, where he gained valuable insight into trial process and first instance decision-making from the perspective of the judge for the most complex, high value and often high-profile cases.  In addition, prior to joining Gatehouse Chambers, Josh undertook pupillage at a leading commercial set and gained experience in disputes in a range of practice areas, such as international trade, insurance and insolvency. Before then, Josh worked as a research assistant at the Law Commission in the Property and Trusts team, with a particular focus on the ‘Updating the Land Registration Act 2002’ project.

Outside of work, Josh enjoys yoga, travelling and spending time in the countryside.

Josh is an active member of Advocate (formerly the Bar Pro Bono Unit). He recently obtained a pro bono costs order in a hearing to strike-out a claim arising from a private parking ticket.  He was nominated for Young Pro Bono Barrister of the Year at the 2020 Bar Pro Bono Awards.

He previously volunteered with Citizens Advice as an adviser from 2013 to 2016 and with the Alzheimer’s Society by drafting Lasting Powers of Attorney.