Rejecting the ‘Reasonably Satisfactory’ Offer of Security: Reasonable to Refuse? 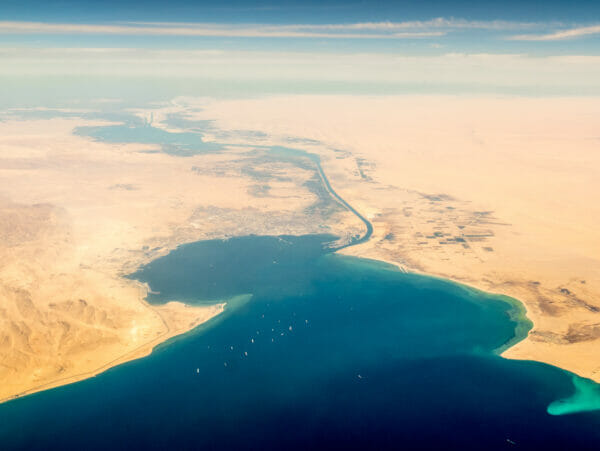 The present case concerned a collision in the Suez Canal in July 2018 between three vessels, PANAMAX ALEXANDER, SAKIZAYA KALON and OSIOS DAVID, the first of which had been on route to Iran. At the time of the collision, President Trump had announced the re-introduction of sanctions against Iran.

In English law, and in many other jurisdictions, the arrest of a vessel is a means of establishing jurisdiction and of obtaining security in maritime claims. Arrest is costly, however, and may not be the ideal way to do either. As a result, the owners of ships involved in a collision often enter into a jurisdiction agreement and exchange letters of undertaking from each owner’s P&I Club (or Hull Underwriters) by way of security (“LOUs”).

In the present case, the owners of PANAMAX ALEXANDER (“Alexander”) and the owners of OSIOS DAVID (“David”) entered into a bipartite collision jurisdiction agreement (“CJA”) on 16 August 2018. The CJA was based on the standard form ASG2 published by the Admiralty Solicitors Group. Clause C of ASG 2 (‘Clause C’) provides that:

“Each party will provide security in respect of the other’s claim in a form reasonably satisfactory to the other.”

Pursuant to the CJA, Alexander’s P&I Club (“the Britannia”) offered an LOU on 7 September 2018. The LOU contained the following sanctions clause (‘the Sanctions Clause’):

“We shall not be obliged to make payment under, nor be deemed to be in default of, this Letter of Undertaking if (i) doing so would be unlawful, prohibited or sanctionable under the United Nations resolution or the sanctions, laws, or regulations of the European Union, United Kingdom, United States of America or [the place of incorporation or domicile of your member] or the ship’s flag state (“the Sanctions”), or (ii) if any bank in the payment chain is unable or unwilling to make, receive or process any payment for any reason whatsoever connected with the Sanctions (including but not limited to a bank’s internal policies). If any such circumstance arises as described in (i) or (ii) herein, then we shall use reasonable endeavours to obtain whatever Governmental or other regulatory permissions, licences or permits as are reasonably available in order to enable the payment to be made.”

David’s P&I Club (“the Standard”), rejected the proposed LOU on 8 September 2018. It considered that there was a significant risk that David’s claim against Alexander would remain unsecured due to the fact that PANAMAX AEXANDER was destined for an Iranian port. Discussions between the parties continued but no agreement was reached.

Accordingly, the present proceedings were brought by Alexander on 15 July 2019. It contended that David had breached the CJA by refusing to accept the LOU offered by Britannia on 7 September 2018, and sought damages and declaratory relief. The matter was heard by Sir Nigel Teare, as a Judge of the High Court, who accepted that the case gave rise to two matters of principle which would have “profound implications for P&I Clubs and major insurers.”

Issue I: Did the Sanctions Clause render the LOU a form of security not ‘reasonably satisfactory’ within the meaning of Clause C?

The rival submissions on the interpretation of Clause C were as follows:

Sir Nigel Teare concluded that Clause C imports an objective test which, reflecting the wording of Clause C, must be assessed by reference to the position of a reasonable person in the position of the proposed recipient. He considered it to be unrealistic, in applying that test, not to consider the legal and practical difficulties which had caused the offeror P&I Club to propose a sanctions clause in the first place.  Ultimately, this was because those same difficulties would be relevant also to the offeree.

As to the LOU itself, Sir Nigel Teare accepted expert evidence as to the practical difficulties for P&I Clubs caused by sanctions and that, where there is an ‘Iranian nexus,’ a P&I Club LOU will typically include a sanctions clause.It was not suggested that, in the present case, a payment by Britannia under the LOU offered would amount to a breach of US sanctions.  Rather, Britannia might face difficulty in making such a payment, given the attitude of the banks in cases involving an Iranian nexus.

It followed that David would face the same difficulty in receiving any payment; irrespective of whether security were sought by means of an LOU or by way of arrest:

If the shipowner had arrested the wrongdoing ship and then sought a payment into court as the price for the release of the vessel from arrest the bank asked to make the payment might well raise the sanctions issue and not made the payment. Similarly, as it appears [that] if the shipowner obtained judgment on his claim and sought to execute the judgment by having the vessel under arrest sold, the shipowner would be exposed to the same risk. The bank asked to pay the proceeds of sale into court might well raise the sanctions issue and not make the payment.

Thus, howsoever David was to receive payment for its losses, the risk of non-payment would remain.  It would, therefore, be unreasonable for David to expect the Britannia to be able in some way to avoid that risk. Accordingly, Sir Nigel Teare concluded that the Sanctions Clause was reasonable because:

…it does not reflect a problem faced just by the Club. It reflects the reality of practical problems facing anyone who seeks to make or receive a payment where there is an Iranian nexus. Sanctions issues affect the proposed recipient of an LOU just as much as they affect the Club offering the LOU.

As a result, the LOU offered on behalf of Alexander was a reasonably satisfactory form of security within the meaning of Clause C, notwithstanding the Sanctions Clause.

Issue II: Was David obliged to accept the LOU?

Alexander submitted that upon the true construction of Clause C, or alternatively, on the basis of an implied term, each party was required to accept security that was objectively reasonably satisfactory, as soon as reasonably practical. Sir Nigel Teare considered there was no basis for construing Clause C in this way; and therefore considered whether, in line with the authorities on implied terms, the contract would, without the suggested implied term, “lack commercial or practical coherence.”

In this context, Sir Nigel Teare considered the effect of acceptance of an LOU on the right to arrest. In most cases, it could be expected that the security on offer in an LOU would be accepted, but there may be cases where a party considers it can obtain better security by arresting.

Sir Nigel Teare considered that leaving this choice to the party gave commercial and practical coherence to the CJA, because:

The right to arrest is a right well known to English law and to the law of maritime nations.  There is nothing in the CJA about that right, and certainly nothing about giving up that right. Yet, if the suggested term is implied into clause C of the CJA, the party to be secured will effectively lose his right to arrest once security has been tendered in a reasonably satisfactory form.

Accordingly, the Sir Nigel Teare concluded that the suggested implied term was not necessary for the commercial or practical coherence of the CJA.

This case provides important guidance on the interpretation of the widely used ‘ASG2’ standard form collision jurisdiction agreement.   In particular, it confirms that there is no obligation to accept a ‘reasonable satisfactory’ LOU within the meaning of Clause C: although the LOU tendered on 7 September 2018 constituted security ‘in a reasonably satisfactory form’ for the purposes of the CJA, Alexander’s claim failed because David was not under any obligation to accept it.

The decision should come as a relief to P&I Clubs and major insurers insofar as it (i) recognises the practice of including sanctions clauses in LOUs, at least where there is an ‘Iranian nexus;’ and (ii) holds that such clauses will not render the LOU a reasonably unsatisfactory form of security. Taking the present Sanctions Clause as an example, where a bank is unwilling to make a payment due to an Iranian nexus, it is clear that an undertaking by a Club or insurer to use “reasonable endeavours to obtain whatever Governmental or other regulatory permissions, licences or permits as are reasonably available in order to enable the payment to be made” will be construed as reasonable. Furthermore, Sir Nigel Teare’s analysis of the relationship between sanction clauses and the risk of non-payment can certainly be read as having a more general application, although it is noted that he acknowledged that every case must turn on its own facts.

Nevertheless, the decision will also be welcomed by shipowners: there is no obligation to accept a LOU that is ‘reasonably satisfactory’ within the meaning of ASG2. The time-honoured right to arrest will remain available until the LOU, as an alternative form of security, has indeed been accepted.