Welcome to the April edition of the Property Newsletter from Hardwicke.

It’s April, spring is in the air and the team has just about recovered from all the early morning beach hula hooping and yoga at MIPIM. We were also delighted to see so many old friends and meet so many new and interesting people at Hardwicke’s party. We hope our guests had as good a time as we did!

We are also very excited to announce that Alexander Bastin, Alastair Redpath-Stevens and Charlotte John from the Property Team have been appointed Deputy District Judges!

In this month’s newsletter, John Beresford considers when a tenant loses the right to challenge the recoverability and reasonableness of service charges, and Cameron Stocks spins the Wheel of Questions.

Brie Stevens-Hoare QC seems to have squeezed a bit of constructive trusts, telecoms and professional negligence along with a trip to the Court of Appeal on freezing orders in between MIPIM and the PLA Conference. She’s still smiling so presumably all is well.

Daniel Gatty’s month involved two (successful) trials regarding mortgages and advising on matters ranging from multiple firms of solicitors’ negligence in connection with the same development to implied easements of support for a flying freehold.

This month Amanda Eilledge has been advising on shareholder disputes between long leaseholders and the abandonment of a right of way.

Carl Brewin toughed out some more tricky TOLATA negotiations this month, in addition to looking at an interesting question of standing a mortgagee has to bring proceedings for declaratory relief in respect of its borrower’s breaches rather than asking the Court to grant relief from forfeiture.

Laura Tweedy has been busy enforcing the terms of a Tomlin order, dealing with business rates and settling trials!

John de Waal QC has been working on a professional negligence claim arising out of a disputed attempt to operate a break clause successfully and also some agricultural arbitrations.

Ravers in East London will have to find different locations following the protective injunction secured by Steven Woolf over hundreds of arches underneath train-lines owned by a large property company. In addition to appearing before the High Court in securing protective injunctions, Steven is busy preparing for a trial at the start of next month relating to a dispute between trustees of a large charitable organisation.

Katrina Mather has been advising a major fashion retailer on the terms of a CVA and two high street banks on the scope for protecting or retaining their security over mortgaged property.

Andrew Skelly has had a mixed bag this month, of advising a holiday park owner regarding lease extensions; advising tenants regarding collective enfranchisement; advising purchasers regarding a conveyancer’s professional negligence; advising a local authority regarding issues under the Telecommunications Act 1984 and the Communications Act 2003; and drafting claims in property damage and noise nuisance, breach of overage clauses and rights of way.

Mortgage fraud has featured prominently in Charlotte John’s practice this month and she has been advising in two tricky cases featuring a mix of title issues arising in the wake of possible mortgage fraud and involving questions of adverse possession, forfeiture, trusts law, and illegality defences after Patel v Mirza. Charlotte has also successfully secured the strike out of a breach of trust claim concerning a balance sheet insolvent trust and allegations of breach of trust and fraud arising from the trustee’s land dealings.

During something of an odd month, Alastair Redpath-Stevens has been dealing with badly drafted restrictive covenants on the one hand and defective roofs on the other as well as enquiries about the right of first refusal, lease extensions and two disciplinary tribunals, although perhaps the highlight was getting a letter informing him that the Lord Chief Justice had been pleased to appoint him as a Deputy District Judge.

James Hall is dealing with yet another professional negligence claim against solicitors in relation to renewal of business tenancies, though this one manages to bring in the law relating to options, land registration and overriding interests as well! He also had to give his first bit of advice on the impact of Brexit, in relation to service out of the jurisdiction in Ireland, of another property-related prof negligence claim.

Lina Mattsson has had a hectic month, including a 1954-Act lease renewal trial (the third one in six months which has not settled – unheard of!). In between trials Lina has been advising on overage and restrictive covenants.

Jamal Demachkie attended his first MIPIM in Cannes, and enjoyed meeting so many solicitors and clients (and partaking in a spot of beach-hula hooping!).

Cameron Stocks’ month provided a mix of interim injunctions to restrain unauthorised building works, tenancy deposit claims, mortgage possession and arguments as to the determination of an Agricultural Holdings Act 1986 tenancy. Cameron is looking forward to taking a few weeks off to go diving on the Great Barrier Reef! 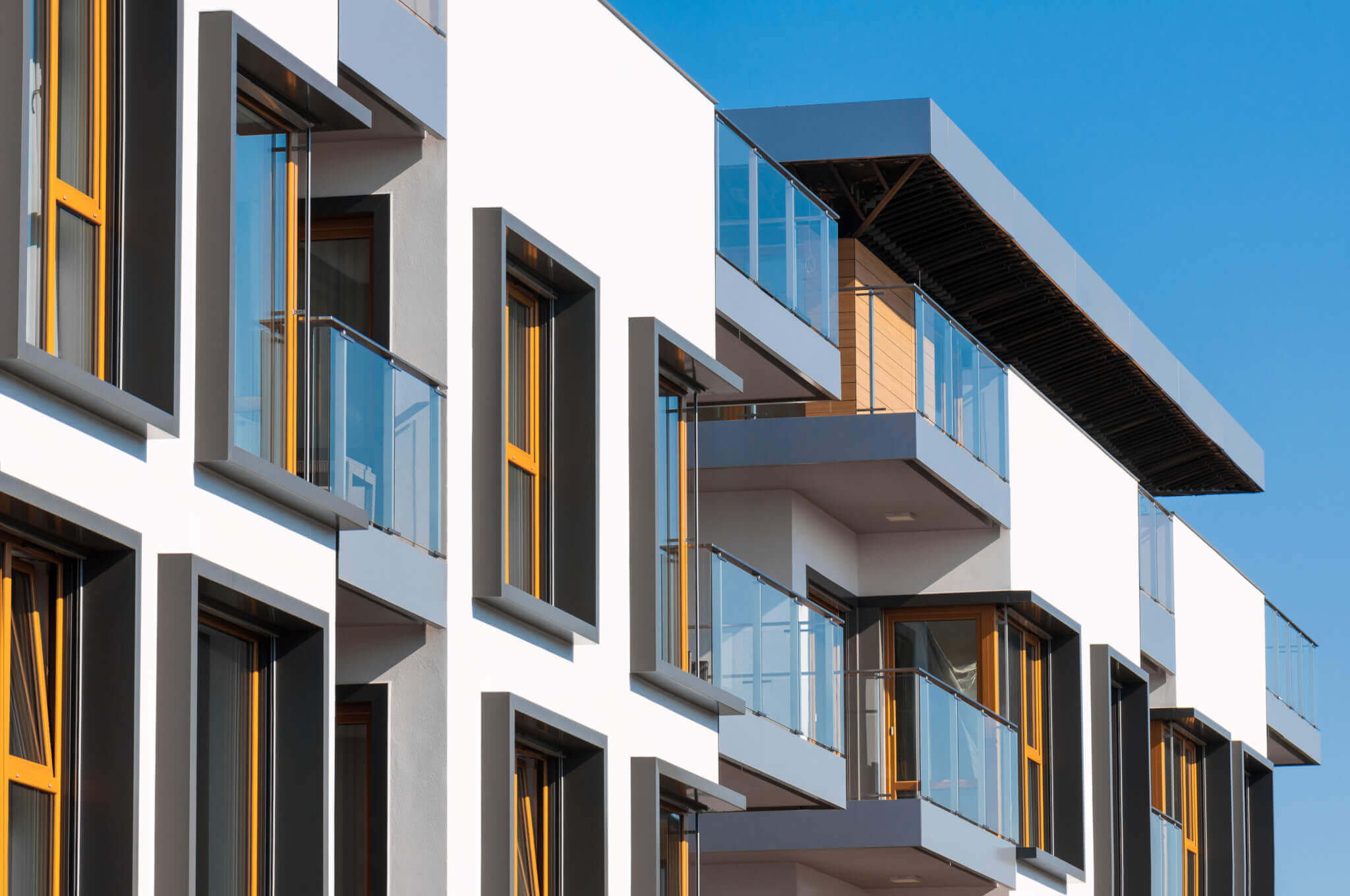 When do you lose the right to challenge the recoverability and reasonableness of service charges?

A tenant is entitled to make an application to the First-tier Tribunal (Property Chamber) to challenge the recoverability and reasonableness of service charges. How far back can a tenant go when challenging their liability? 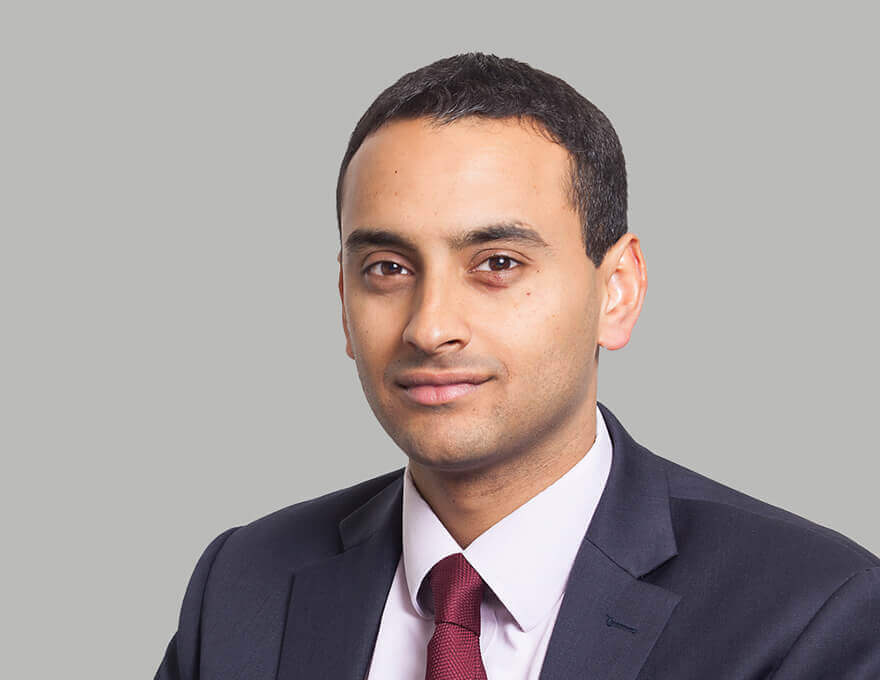 C was a secure tenant of a council flat. By 1999 she had acquired the right to buy her flat and made an application to the local authority; C never heard back in respect of the application. In 2002 the local authority executed a transfer of the property to a transferee identified as C for £167,000. Two weeks later a further transfer was executed purportedly by C transferring the property to a company (CEL) for £250,000. CEL obtained a loan from the first defendant bank and a charge was registered against the title.

It was C’s case that it was not her signature on either the first or the second transfer and that her husband had forged her signature. He had been convicted of these offences. C claimed that as a result, the transfer to CEL was void. She did not challenge the first transfer.

CEL was later dissolved. The Crown disclaimed the lease. C commenced proceedings for a vesting order which was duly made, transferring the property to C subject to the bank’s charge. C then made an application to Land Registry to removal of the charge on account of the fraud. The second defendant, the Registrar, refused her application.

Judge Pelling QC dismissed C’s claim. He held that there were exceptional circumstances to justify not altering the register under paragraph 3 of Schedule 4 of the Land Registration act 2002 applying the definition set out by Morgan J in Paton v Todd [2012] 2 EGLR 19 at [67] – that to be exceptional the fact or matter relied on has to be ” … out of the ordinary course, or unusual or special, or uncommon … it cannot be one that is regularly or routinely or normally encountered … which have a bearing on the ultimate question whether such circumstances justify not rectifying the register” .

Judge Pelling QC held that C could not rely upon the first transfer from the local authority to her to establish her title to the property, as this transfer was on her own case a forgery and therefore void. It followed that C had to rely upon the order vesting.

The Judge held that as a result, she was not entitled to be placed in a better position than CEL had been in, and that CEL’s interest had always been subject to the charge. Any alteration to the register which had the effect of placing C in better position than CEL would therefore be unjust and constituted exceptional circumstances so to justify not to alter the register.

By not ordering the alteration sought, C was left in much the same position she would have been in had she exercised of the right to buy. The Judge further noted that this outcome gave effect to the vesting order because it placed C in the shoes of CEL and CEL would have had no case for seeking alteration as long as it remained the registered proprietor of the property.

The outcome seems just when considering that C would otherwise have obtained the property without having ever had to pay for it.

Each month, a member of our property team has to spin ‘the Wheel of Questions’ and answer the first three questions that come up. This month, Cameron Stocks tried his luck with the wheel.

Q: If you didn’t have to sleep, what would you do with the extra time?

I think I would spend more time with my true love, my kindle. Moving to London and spending a lot of time commuting to the weird and wonderful county courts of England and Wales has reignited my love for reading. I have spent many an evening promising ‘just one more chapter’ and suddenly looking up three hours later to realise that it’s past midnight…

Q: At what job would you be terrible?

Anything involving looking after children. I have four nephews and a niece ranging from 14 months to 10-years-old whom I adore with all of my heart. However, after a couple of hours running around playing with trucks, dolls, colouring in and watching Peppa Pig, I delight in handing them back to my siblings. I honestly don’t know how parents have the energy.

Q: Where do you most hope to visit?

Anyone who knows me will be aware that I have a love for/obsession with elephants. I have been fortunate to work with Asian elephants across south-east Asia and I currently sit on the board of an Asian elephant conservation charity (https://stae.org). However, I sadly haven’t had the opportunity to see African elephants in the wild so that is very high on my to-visit list (if my partner is reading this – hint hint!).

James Duncan-Hartill, Senior Practice Manager
Patrick Sarson, Practice Manager
To find out more about our Property Team and their work, visit the property page on our website. To view a copy of our privacy statement, please click here. The Property Newsletter is edited by Lina Mattsson. Comments or queries about this newsletter? Please get in touch with her!