Home > No joy for Joy: unlawful eviction, re-letting and damages in the Court of Appeal

No joy for Joy: unlawful eviction, re-letting and damages in the Court of Appeal 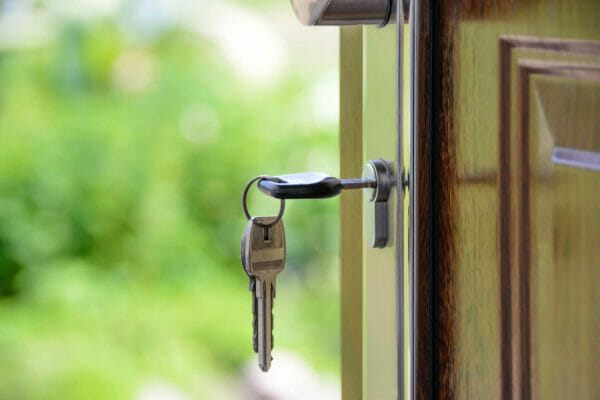 The Court of Appeal has provided some useful (and dare I venture to say, some not so useful) guidance on damages for unlawful eviction.

In July 2014, the Claimant’s husband was granted an assured shorthold tenancy (“the tenancy”) of a flat in Nottingham. The rent was £300 a month and the term expired on 30 June 2015. Initially, the Claimant and her husband both lived at the property. The husband left in March 2015 and it wasn’t clear whether he was coming back. On 1 April 2015, the landlord served an invalid notice to terminate the tenancy and then on 15 April 2015 changed the locks, unlawfully evicting the Claimant. The Claimant spent months sleeping on the floor at a friend’s house.

In October 2015, a district judge heard a claim for damages by the Claimant. The DJ found that the husband had not surrendered the tenancy by leaving and the Claimant was entitled to be there pursuant to s30 Family Law Act 1996 (“s30 FLA”). The daily rate for general damages was assessed at £40 per day because of the need to cross-check the daily rate for unlawful eviction against the contractual rent, applying the principle laid down in Wallace v Manchester [1988] 30 HLR 1111, in relation to disrepair.

In May 2016, a circuit judge heard the Claimant’s appeal against the £40 daily rate awarded for general damages. The CJ held that a more appropriate figure was £130 per day. However, after some kerfuffle of a recalled judgment and second hearing, the CJ held that the general damages should only be awarded for 28 days from the date of eviction. That was because, apparently, the Claimant’s security only came from s 3 Protection from Eviction Act 1977. Not surprisingly, that perplexing outcome was appealed.

In February 2018, the matter came before the Court of Appeal. There were three things for the court to consider:

On issue 1 there was no surrender by the husband.

On issue 3 a daily rate of £130 per day for general damages was more appropriate than £40 and in line with the general awards in the County Court of £100-300 a night.

The most interesting point in the case is about the end date for general damage under issue 2.

An analysis of the issue of damages

In deciding that damages should only be awarded until the end of the contractual term, the court analysed the case in the following way. Given there was no surrender by the husband and no valid notice served by the landlord, the Claimant was entitled to occupy the property until the end of the term by virtue of s30 FLA (and therefore get damages until at least then). After that, her occupation (and damages claim) depended on whether the husband still had a tenancy (s30(8)(b) FLA) which she could piggyback on to. If he continued to occupy as his only or principle home at the end of the tenancy, a periodic assured tenancy would have arisen by operation of s5 Housing Act 1988 (“HA”). The husband could, however, be held to be occupying the property as his only or principle home by virtue of his wife’s occupation (s30(4)(b) FLA), so although he didn’t physically occupy at the end of the tenancy, a periodic tenancy could have arisen if the wife did (and presumably would have needed to be lawfully terminated, which it was not). Additionally, the landlord could not rely on the unlawful eviction of the Claimant to prevent the husband’s tenancy becoming periodic.

Having regard to all of that the CA held that the Claimant’s damages would stop at the end of the tenancy because neither the husband nor the Claimant were in occupation at the end of the tenancy and fundamentally, there was no real expectation by them to regain possession. Thereby, no periodic tenancy was created and there was no entitlement for the Claimant to be there past June 2015. So damages come to an end at that point.

What troubles me with the CA’s analysis is that the landlord benefits financially from the unlawful eviction, subsequent re-let and misleading the court: not only is the property re-let and rent is coming in but fundamentally, the daily rate payable to the Claimant stops much earlier than if he had to go through the proper lawful process. Although an injunction was obtained which allowed the Claimant back in, she couldn’t really enforce it as there was another tenant living at the property. (See Love & Lugg v Herrity (1991) 23 HLR 217 regarding the difficulty in enforcing injunctions for reinstatement where premises have been re-let). Even though she had the order for reinstatement, that was obtained in circumstances where the landlord had misled the court – seemingly without consequence – that the property wasn’t occupied. Yet because she wasn’t back in possession her damages claim ended at the end of the tenancy, rather than on the date the landlord could have lawfully evicted her (which in most cases will be a much later date and after possession proceedings).

So, he misled the court, she got a semi-defunct injunction, yet, because she didn’t enforce it her damages claim is stopped in its tracks. It doesn’t seem right. Of course, advisers will now need to think very carefully about these urgent injunctions, the reality of enforcing them and the effect on the claim for damages.

One cannot help but wonder whether the Supreme Court will be considering this case in the future.