Home > Property Litigation Column: when is a sham not a sham?

Property Litigation Column: when is a sham not a sham? 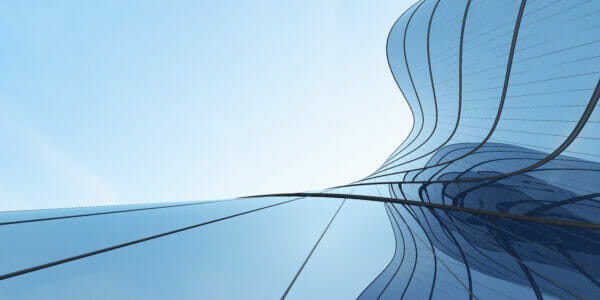 In Victus Estates and others v Munroe and others [2021] EWHC 2411 (Ch) the Court considered the position where one joint owner (S1) forges the signature of the other (S2) on the transfer of their property to B1, where B1 is aware of the forgery. The Court concluded that such a transfer is not a sham and is still effective to transfer S1’s equitable interest in the property to B1, under section 63 of the Law of Property Act 1925 (LPA 1925). In this case B1 (one of the fraudsters), purported to charge the property to a mortgage lender. The Court concluded this was effective to charge the interest to which B1 was entitled, namely its half share in the property.

In this article, we examine whether it can be right that any beneficial interest in real property passes in these circumstances. Regrettably, permission to appeal having been refused, the senior courts will not be considering the apparently inconsistent authorities for now.

The relevant authorities on sham

In Snook v London and West Riding Investments Ltd [1967] 2 QB 786 Diplock LJ, at paragraph 802D, explained the meaning of a sham in this way:

It is plain from this dictum, that a sham transaction can be intended by the parties to create some legal rights, but nonetheless be a sham because there is a difference between what they appear to create and what they actually do create.

In Hitch v Stone [2001] EWCA Civ 63, Arden LJ identified a number of points as having emerged from the authorities which have variously considered and applied the Snook test including the following:

In Penn v Bristol and West Building Society [1995] 2 FLR 93 it was held that a fraudulent TR1 in (practically) the same circumstances as in Victus Estates, was a sham.

(3) This section applies to conveyances made after the thirty-first day of December, eighteen hundred and eighty-one.

In Ahmed v Kendrick (1988) 56 P. & C.R. 120, the Court of Appeal decided that where S1 forges the signature of S2, a conveyance to B1 nonetheless severs S1’s beneficial joint interest and is effective to transfer it to B1 (that is, S1 assigns any beneficial interest it has to B1 by virtue of section 63(1)). The distinguishing feature in that case was that the transferee was not complicit in the fraud whereas, in Penn and Victus Estates, it was.

The facts of Victus Estates

The cases involved two properties, owned by a Mr Charles jointly and beneficially with Ms Munroe and Ms Benjamin (the Co-owners) respectively.

Mr Charles was made bankrupt.

Mr Charles and a Mr Agrawal designed a scheme to annul the bankruptcy which involved the sale of the two properties to companies owned and controlled by Mr Agrawal (V1 and V2 respectively). The county court judge held that Mr Agrawal knew that the Co-owners did not consent to the sale and their signatures were forged on the conveyancing documents, including the TR1s. All that documentation proceeded on the basis that the whole of the legal and beneficial interest in the properties was being transferred to V1 and V2 respectively. The arrangement between Mr Charles and Mr Agrawal was a mortgage fraud. It was a necessary part of the scheme that the Co-owners’ equity would appear to have been transferred. Both properties were then charged to banks (Banks).

It was common ground that the TR1 in relation to both properties was not effective to transfer legal title because in each case one of the Co-owners had not signed it: her signature had been forged. The issue was what happened to the beneficial interest.

The Banks argued that, applying Ahmed v Kendrick, the effect of section 63 of the LPA 1925 was that Mr Charles’ beneficial interest passed to V1/V2 in any event and thus although the legal charges were of no effect, the Banks each had an equitable charge over V1/V2’s half share. The Co-owners argued that section 63 did not apply as the TR1s were not “conveyances” and in any event, they were shams and so void for all purposes.

The county court judge found, inter alia, following Penn that the beneficial interests did not pass because the transfers were shams. The judge also agreed that a TR1 should not be recognised as a conveyance where the parties involved knew that its purported transfer of title was a fraud.

Allowing the appeal by the Banks, Morgan J concluded.

Was the learned judge right to find that a transfer signed in such circumstances is not a sham? We respectfully suggest that the judge’s analysis, and the Court of Appeal’s refusal to revisit that analysis, were wrong. The writers argue that:

The original purpose of section 63 was simply to shorten the wording required in a conveyance. Megarry and Wade: Law of Real Property (Sweet & Maxwell, 9th ed) at paragraph 5-042 (in the context of unregistered conveyancing) describes the section as having ‘rendered superfluous’ the ‘all estate’ clause which previously featured in the operative words of a conveyance. Thus, a vendor purporting to convey a legal interest, but who in fact has only an equitable interest, will nonetheless convey his equitable interest. The sentiment is one of statutory conveyancing shorthand.

This is relevant when it comes to the proper application of section 63(1). Section 63(1) takes effect to convey that which the “conveying parties” have both expressed the intention to convey and the power to convey. Where the transferor in a TR1 is S1 and S2 together as joint tenants of the legal title of the subject property, but S1 forges S2’s signature, on a proper interpretation of section 63(1) “the conveying party” on the transferor side cannot be treated as S1 alone ignoring S2 who is shown as, and is one of, the joint tenants. S1 and S2 hold the legal title together as one, each can only act with the other. Similarly, S1 alone is not a conveying party: that is clear on the face of the conveyance. The transferor is not S1, it is S1 and S2 acting together. In the absence of the whole of the transferor there cannot be a conveyance.

The error in Ahmed is highlighted in the judgment of Morgan J where he, in effect, applied the blue pencil test to the TR1, treating all express references to the Co-owners as removed from the document in order for it to have some effect. Only by doing this, could the Court ignore the fact that the TR1 was ineffective to transfer the legal title (which is the express purpose of the TR1) and was able to find (a) that it remained a “conveyance” for the purposes of section 63 because Mr Charles was the sole owner for that purpose and so had the relevant intention and (b) it was not a sham to the extent it transferred only his beneficial interest. Section 63 does not call for the creation of a legal fiction to save a forgery from being null and void. However, that is what happens in these cases.

In a TR1 from two joint sellers, S1 and S2, to a single buyer B1, if S1 forges S2’s signature and B1 is complicit in that fraud, it is undeniable that:

Thus, the definition of a sham in Snook is met. The fact the TR1 could have some legal effect and be effective to transfer part of the beneficial interest, if there was no common intention to deceive, does not change the position.

There is no proper basis for adding to the definition of sham, a requirement that S1 and B1 intend the document to have no legal effect. Such an addition is directly contrary to the dicta in Snook which explicitly accepts that there may be some intended legal effect of the document, hence in the passage from Snook quoted above Diplock LJ says:

The learned judge was wrong to add a requirement that there be an intention that no legal rights be created and in the absence of a finding by the county court judge to that effect, there could be no sham. That is not the law. Such a requirement creates significant practical difficulty for innocent litigants and the courts. Generally, the fraudsters (such as Mr Charles in these matters, or Mr Wilson in Penn) do not give evidence or leave an account of their fraudulent thinking and strategy.

Here, as is so often the reality in fraudulent transactions, the court is forced to make a decision between competing innocent parties. There is always a strong temptation to analyse the decisions from the perspective of each of those litigating innocent parties. However, the impact on or consequences for the various competing losers should not affect the analysis in these matters. The proper approach must always be from the other end. What does the fraudulent document do and say, whose intentions are relevant for the purpose of the transaction, what were their intentions and how do those align or not with the document. The position of third parties is only relevant for the purpose of considering how they were deceived by what the fraudulent document said and did.

The forgery by S1 of S2’s signature, intended by both S1 and B1 to deceive a lender into lending in the belief B1 is the legal and beneficial owner of a property, is a clear example of a document intended by S1 and B1 to appear to create rights/interests it does not. As such it cries out for recognition as a sham.