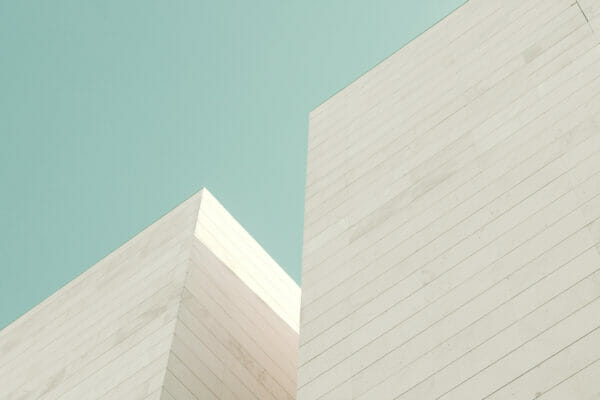 This article examines the recent decision in Nature Resorts Ltd v First Citizens Bank Ltd [2022] UKPC 10 where the Privy Council considered the application of the undue influence doctrine in the context of a mortgage over commercial property.

The Culloden Estate (“the Estate”) is an area of land occupying circa 148 acres in Tobago. The Estate is owned by Nature Resorts Limited (“NRL”). NRL’s sole shareholder was Patrick Dankou (“Mr Dankou”) who incorporated NRL for the purpose of buying the Estate and developing it as an eco-resort.

On 8 January 2008, a Mr Simon Paler (“Mr Paler”) and Mr Christopher James (“Mr James”) signed a share purchase agreement pursuant to which they agreed to purchase 75% of the NRL shares held by Mr Dankou for US$2.75m. US$275,000 was paid on the signing of the agreement and the balance was payable by 14 March 2008.

Mr Paler and Mr James applied to the First Citizens Bank Ltd (“the Bank”) for a loan to facilitate the purchase. However, the Bank was only willing to lend US$1.925m to be secured by a mortgage over the Estate and a charge over the shares to be acquired.

Mr Richard Wheeler (“Mr Wheeler”), a partner in the firm Lex Caribbean, was instructed by the Bank to prepare the security documents. Messrs Dankou, Paler and James also instructed Mr Wheeler to: (a) draw up the share transfers transferring the NRL shares to Mr Paler and Mr James; and (b) prepare a promissory note pursuant to which Messrs Paler and James promised to pay Mr Dankou US$975,000.

The documents were executed and signed at the offices of Lex Caribbean.

Messrs Paler and James defaulted on the loan and the Bank sought to exercise its power of sale under the mortgage.

NRL pursued its claim as follows:

The appeal to the Privy Council therefore concerned:

In the High Court, Pemberton J concluded that the presumption of undue influence did not arise on the facts. She noted (inter alia) that:

The Court of Appeal reached the same conclusion but through a different route; they concluded that there was a presumption of undue influence but that this was rebutted:

On the question of undue influence, the Privy Council commenced by considering the requirements for establishing the presumption of undue influence, namely that: (a) there must be a relationship of influence; and (b) the transaction must not be readily explicable on ordinary motives. Where these requirements are satisfied, the presumption applies and the burden shifts so that the party seeking to uphold the transaction is required to demonstrate that there was no undue influence. The Privy Council recognised that the principal method of rebuttal is evidence that the other party obtained the fully informed and competent advice of a qualified person.

The Privy Council concluded that the Court of Appeal was entitled to reach the view that the presumption of undue influence was rebutted on the facts: (a) it was likely that Mr Dankou understood the risks associated with the Deed of Mortgage; and (b) there was no suggestion that Mr Wheeler offered any advice to Mr Dankou in relation to the Deed of Mortgage.

However, the Privy Council was concerned that the Court of Appeal’s reasoning may increase clients’ reliance on undue influence simply because a transaction may be disadvantageous:

“26. The Board has concerns that the reasoning of the Court of Appeal may lead to the view that, in many situations where a solicitor (or attorney) is providing professional advice to a client, and the client then enters into a disadvantageous commercial transaction with a third party, the client would be able to invoke the law on undue influence (including the law of agency) to set aside the transaction. There are many instances where, for example, the solicitor is acting for both a purchaser of land and a lender of the money for the purchase where that relationship should not operate to give rise to a presumption of undue influence for either client to be used against the other. This is so where the solicitor does not obtain any personal benefit (beyond his normal fees) from the transaction.

27. In the Board’s view, where the other party to the transaction is not the solicitor obtaining some benefit from the client but is rather a third party, an ordinary commercial transaction such as a mortgage, entered into by a person engaged in business, should rarely be regarded as one that is not readily explicable on ordinary motives, merely because it is, or turns out to be, disadvantageous. It is readily explicable that the client will enter into such a transaction without being under the undue influence of the solicitor” (emphasis added).

I note for completeness that, on the question of financial assistance, the majority concluded that it was not appropriate for a breach of sections 56 and 57 of the Act to be considered as part of the appeal. Significantly, the financial assistance arguments had not been considered at first instance or by the Court of Appeal. Lady Arden (dissenting) took a different view. She stated that:

The decision of the Privy Council indicates the continuing difficulties with successfully pursuing claims based on undue influence and even more so where we are concerned with commercial relationships.

With corporations and commercial parties, the courts are more likely to conclude that they were better informed of the risks prior to entering into the transaction; thus, whilst the test for undue influence is the same, an undue influence claim in a commercial context is often difficult to pursue.

However, even when we are concerned with commercial parties, the guidance in Royal Bank of Scotland plc v Etridge (No 2) [2002] 2 AC 773 remains relevant and represents good practice. In addition, the Privy Council highlighted other factors which a court may consider in determining a claim based on undue influence, both in the context of real estate transactions and more widely. Although each case is fact-specific, the following factors are useful to bear in mind when advising on undue influence:

In the context of financial assistance, the majority did not reach a firm conclusion, although Lady Arden’s discussion provides some helpful analysis on when the financial assistance prohibitions may impact on enforcement of a mortgage. Practitioners may not often encounter undue influence and financial assistance in tandem, particularly since the provisions of sections 678-680, Companies Act 2006 are largely only relevant to public companies. However, it is worth considering whether the prohibitions do apply when advising clients in matters involving the acquisition of shares.

Article by Priya Gopal. First published in Gatehouse Chambers’ Property Newsletter in May 2022.