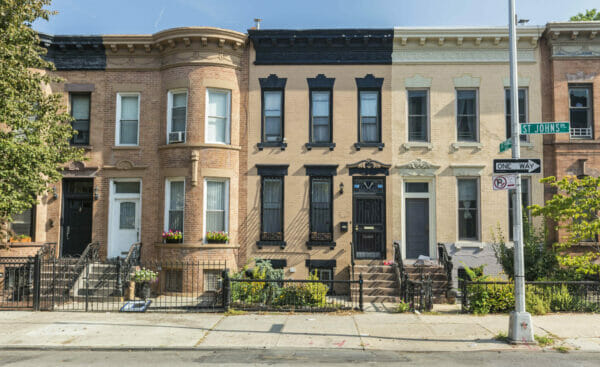 The doctrine of adverse possession arises from the Limitation Act 1980.  Section 15(1) provides that no action shall be brought by any person to recover any land after the expiration of 12 years from the date on which the right of action accrued.  Sections 1-7 provide that at the expiration of the period of 12 years the title of the paper owner is extinguished.  The claim of a person to a possessory title was therefore based on the negative effect of the extinguishment of the paper owner’s title, and the basic principle that what is required for a case in trespass is not ownership, but possession or a right to possession.

The law relating to the acquisition of title of registered land by adverse possession was amended by the Land Registration Act 2002, the material parts of which came into force on 13thOctober 2003.  Section 96 provides that no limitation period under the LA 1980 runs in relation to an action to recover possession of a registered estate in land.

Paragraph 18 of Schedule 12 of the LRA 2002 provides that where a registered estate in land is held in trust for a person by virtue of s.75(1) of the LRA 1925 immediately before the coming into force of s.97 (of the LRA 2002), he is entitled to be registered as the proprietor of the estate.  Thus, if a trespasser can establish that he had been in adverse possession of registered land for 12 years before 13th October 2003, he will be entitled to be registered as proprietor of that land.

If a trespasser cannot show adverse possession for a full period of 12 years ending before 13th October 2003, however, he can no longer rely on the ‘old’ law; he might be able to apply to be registered as the proprietor of the land, under the ‘new’ law.

One way in which it achieves this is through Paragraph 5 of Schedule 6.  Under LRA 2002 a trespasser obtains title to registered land by application to the Land Registry.  If the application is contested, the trespasser will have to show either, in effect, proprietary estoppel (para.5(2)); or “some other reason” (para.5(3)); or, if the disputed land is adjacent to his own land, that he has been in adverse possession of the disputed land for 10 years and he reasonably believed that the land belonged to him (para.5(4)).

This third condition is concerned with disputes between neighbours, most usually where there is a dispute as to the boundary, but in practice it may apply in any case where the disputed land is neighbouring land, and the exact line of the boundary has not been determined under s.60.  It is thus more difficult for the trespasser to succeed because in addition to proving adverse possession for 10 years, he will also have to prove that “for at least ten years of the period of adverse possession ending on the date of the application, [he] (or any predecessor in title) reasonably believed that the land to which the application relates belonged to him”.

A literal reading of para.5(4) would seem to produce the result that the reasonable (though mistaken) belief must indeed continue for at least 10 years, which period must continue right up to the date of the application.  Such an interpretation would surely make it practically impossible to succeed, though, as the trespasser would have to apply for registration the moment he realised he was mistaken in his belief that the land belonged to him.

An alternative interpretation might be that the reasonable belief must continue for at least 10 years at any stage during a longer period of adverse possession, so that the 10 year period may have ended some time, possibly a long time, before the date of the application.  On this interpretation, it is the period of adverse possession of at least 10 years which must end on the date of the application, not the period of reasonable belief.

This alternative interpretation would seem to make more practical sense, because at some point prior to making the application the trespasser will have become aware that he is not in fact, or might not be, the owner of the disputed land; this realisation is likely to be the stimulus for the application.  Thus, the period of adverse possession will likely be more than 10 years (see Law Commission and Land Registry report: “Land Registration for the Twenty-First Century : A Conveyancing Revolution”, para.14.44).

Surprisingly, 14 years after the material provisions came into effect, this question has only exercised the Court of Appeal twice.  Disappointingly, in neither case did the Court clearly adopt either interpretation, and so neither has provided clarity.

“the necessary effect of the way that para.5(4) is expressed is to make the unreasonable belief of the adverse possessor in the last ten years of his possession prior to the application for registration a potentially disqualifying factor even though his belief started out as reasonable but became unreasonable as a result of circumstances after the completion by him and/or his predecessor in title of a ten-year period of possession.  The consequence of that is that the paper title owner will have a last chance to recover the land if the adverse possessor did not have a reasonable belief during the last ten years.  The moral is that, as soon as the adverse possessor learns facts which might make his belief in his own ownership unreasonable, he should take steps to secure registration as proprietor.”

This appears something of a halfway house.  The trespasser will lose his right to be registered as soon as his belief in his ownership becomes unreasonable, even if he had enjoyed more than 10 years’ adverse possession.  Nevertheless, the 10 year reasonable (but mistaken) belief does not have to continue right up to the date of the application, but it must not end more than a short time before then; he can still apply, “if he acts promptly”.  But what is “promptly”?  Would an application made one week after discovery of the facts that made the belief unreasonable be ‘prompt’?  What about one month?  Or one year?  The decision in Zarb gave no such certainty, but in fact potentially introduced more uncertainty.

The Court of Appeal visited the question again in IAM Group Plc v Chowdrey [2012] EWCA Civ 505.  Regarding correspondence from the appellant challenging the title of the respondent to the disputed land, Etherton L.J. said that “it is clear from Zarb v Parry that the mere fact that a paper title owner challenges the asserted ownership of land by the adverse possessor is not in every case sufficient to render unreasonable any continuing belief of ownership on the part of adverse possessor”.  In both cases, then, the Court considered that such a challenge might well be sufficient to make unreasonable the trespasser’s belief in his ownership, but it will not necessarily do so.  This was a further opportunity for the Court to clarify the question of whether the 10 year period of reasonable belief has to continue up to the date of the application, or whether there could be a gap between the belief becoming unreasonable, and the date of the application; and if the latter, what length of gap might be – for want of a better word – reasonable.

Unfortunately, the opportunity was not taken.  It is not clear whether the Court adopted either interpretation suggested above nor, indeed, whether it adopted the approach taken in Zarb.  It may be significant that in both cases there had been significant periods of adverse possession before a material challenge to the trespassers’ occupation.

For now, then, it seems that an application to be registered should be made ‘promptly’ upon discovering facts which might render unreasonable the trespasser’s belief in his ownership, and this might include a challenge by the landowner.  There may be a gap between such discovery and the making of the application, and whether that gap is too long will depend on the facts of each case.  Material factors might be the length of the adverse possession, and the period of the reasonable belief.

This article was first published for Property Litigation Association.