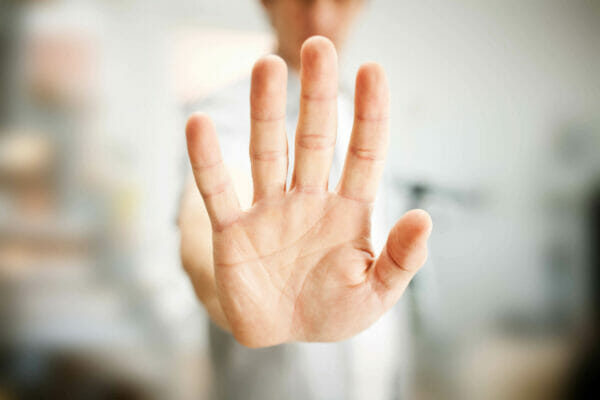 All professionals understand the need to have an indemnity insurance policy in place, both in order to comply with their regulatory obligations (as to which see PJ Kirby QC’s article) and to protect themselves financially from any claim.  However, such protection is only afforded if the policy in fact responds to the claim, which depends in large part upon the nature of any exclusions within the policy.

The Supreme Court considered the correct approach to an exclusion in a solicitors’ professional liability insurance policy recently in Impact Funding Solutions Ltd v Barrington Support Services Ltd [2017] UKSC 67; [2017] AC 73.  Towards the end of last year, the reasoning in that case was applied by the Commercial Court in Crowden v QBE Insurance (Europe) Ltd [2017] EWHC 2597 (Comm); [2018] PNLR 9 in the context of an exclusion in a financial adviser’s professional indemnity policy.  Crowden provides further guidance for practitioners as to the proper method of construing such clauses.

The facts of Crowden can be summarised as follows:

There are a number of interesting issues dealt with in the judgment in relation to the 1930 Act and as to the effect of the intervention of the FSCS.  However, this article is concerned with what the court had to say in respect of the exclusion clause.

The clause in question (“the Insolvency Exclusion”) provided that:

“This Insured section excludes and does not cover any claims, liability, loss, costs or expenses:…arising out of or relating directly or indirectly to the insolvency or bankruptcy of the Insured or of any insurance company, building society, bank, investment manager, stockbroker, investment intermediary, or any other business, firm or company with whom the Insured has arranged directly or indirectly any insurances, investments or deposits…”

“(1) QBE contends that the Insolvency Exclusion applies if the insolvency of Keydata or SLS (in respect of the Keydata Bond) or Lehman (in respect of the Meteor Plan) is a cause, even if not a proximate cause, of the relevant claim, liability or loss.

(2)  The Claimants contend that the Insolvency Exclusion applies only if (a) there has been a non-negligent act, error or omission giving rise to Target’s liability, and/or (b) Target arranged an insurance, investment or deposit with the insolvent business, firm or company on its behalf and not on behalf of its customers, and/or (c) the relevant insolvency is a formal insolvency process, rather than an inability to pay one’s debts as they fall due.”

Notwithstanding the Supreme Court’s decision in Impact Funding Solutions Ltd the parties disagreed as to the correct approach to construing insurance exclusions. The Claimants submitted that the court should adopt the court’s approach to the construction of exemption clauses as set out in the line of authority stemming from Canada Steamship Lines ltd v The King [1952] AC 192.  It is well established that in respect of clauses seeking to exclude liability for negligence:

Counsel for the Claimants in Crowden therefore argued that applying this method of construction, the Insolvency Exclusion needed to expressly refer to negligence to exclude it from cover and as it did not do so, liability for such negligence was not excluded by the clause.  The Judge was unimpressed with this argument noting that there was no authority where the Canada Steamship line of authority had been applied to an insurance contract, which the Judge suspected to be for good reason:

“because these authorities are concerned with contractual attempts to exclude, restrict or limit primary liability which a party in breach of contract or guilty of tortuous conduct would otherwise bear.  The position in respect of insurance contracts is wholly distinguishable in that an exclusion clause in an insurance policy is not designed to exclude, restrict or limit a primary liability on the part of the insurer; instead, it is intended to define the risk which the insurer is prepared to accept by way of the insurance contract.  Further, the exclusion clause in an insurance policy does not ordinarily operate to deprive the insured of rights which existed prior to or but for the cover afforded by the Policy.” [60]

This is in keeping with the Supreme Court’s judgment in Impact Funding Solutions Ltd where Lord Hodge JSC (with whom the majority agreed) stated in clear terms that the doctrine relating to exemption clauses had no application to the construction of policy terms, including exclusions in that policy. Applying the reasoning in Impact Funding Solutions Ltd the Judge also concluded that it would be wrong automatically to apply a contra proferentem approach to construction of such exclusion clauses.  The Judge therefore set out his conclusion as to the question of construction at paragraph 65 in the following terms:

“…the Court must adopt an approach to the interpretation of insurance exclusions which is sensitive to their purpose and place in the contract.  The Court should not adopt principles of construction which are appropriate to exemption clauses….To this end, the Court should not automatically apply a contra proferentem approach to construction.  That said, there may be occasions, where there is a genuine ambiguity in the meaning of the provision, and the effect of one of those constructions is to exclude all or most of the insurance cover which was intended to be provided.  In that event, the Court would be entitled to opt for the narrower construction.  This result may be achieved not only by the applicable [sic] of the contra proferentem approach, but also the approach adopted by Lord Clarke, JSC in Rainy Sky SA v Kookmin Bank [2011] UKSC 50; [2011] 1 WLR 2900, that in the case of ambiguity, the Court may opt for the more commercially sensible construction, at paragraph 21: “If there are two possible constructions, the court is entitled to prefer the construction which is consistent with business common sense and to reject the other”.  That said, as Lord Clarke, JSC also said, at paragraph 23 of his judgment: “Where the parties have used unambiguous language, the court must apply it”.  This would, however, be subject to considerations of absurdity or where something plainly has gone wrong with the language of the contract.”

Having set out the approach to construction to be adopted the Judge then turned to construe the Insolvency Exclusion specifically and its application to the facts.  In summary, the Judge concluded:

Practitioners and insurers could have been forgiven for thinking after the Supreme Court handed down its decision in Impact Funding Solutions Ltd that the question of whether insurance exclusion clauses should be construed in the same way as exemption or limitation of liability clauses had been conclusively answered in the negative.  That did not, however, prevent the Claimants in Crowden from arguing the point.  In rejecting the argument and endorsing the Supreme Court’s decision the matter now appears beyond doubt.  An insured will have to establish that there is a genuine ambiguity in the exclusion clause for the contra proferentem rule to be of any benefit and in the context of carefully and well-drafted exclusion clauses that may prove to be rare.

As to the required causal connection, the court’s analysis of the phrase “arising out of or relating directly or indirectly” builds on previously decided cases and will be welcome news to insurers who may adopt this wording to give their exclusion the widest possible meaning.  However, Crowden potentially leaves open for further debate where the line should be drawn in any given case as to what level of causal connection is required lower than proximate cause. It is easy to see how in certain cases determining whether an event or factor is a “significant cause” of the claim, liability or loss in the sense of standing out as a contributing factor may be open to argument.