Home > Recipe for success (fees) – recoverability under the 1975 Act

Recipe for success (fees) – recoverability under the 1975 Act 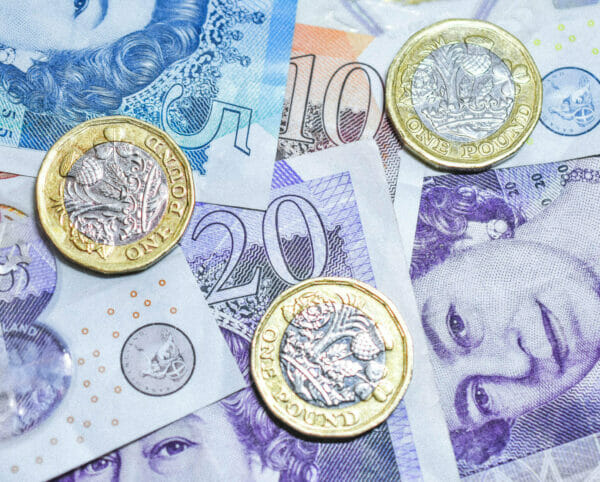 On 7 May 2020, Cohen J handed down judgment in the case of Re H (Deceased) [2020] EWHC 1134 (Fam). The case concerned reasonable financial provision for an estranged adult child under the Inheritance (Provisions for Family and Dependants) Act 1975 (the “1975 Act”) and more specifically, whether a success fee liability due under a Conditional Fee Agreement (“CFA”) could form part of an award under the 1975 Act.

C brought a claim under the 1975 Act seeking provision from the estate of her late father.  C’s father died in a domestic house fire and was survived by his widow, who subsequently moved into a care home.

C resided with her parents until late 1999 at which point, she moved out and accepted on a place at university to undertake a post-graduate diploma. C’s evidence was that between 2000 and 2010 she would visit her parents every two to three weeks to help with domestic tasks. During this time, C lived independently but was claimed to have received financial assistance from her father with a payment of £2000 towards her tuition fees, a monthly payment of £400 between 2000-2007 and access to a joint bank account in the names of C and her parents.

In 2011, C and her partner decided to have their first child. C’s evidence was that her father disapproved of this and decided to remove her from the joint bank account around that time. C’s first daughter was born in October 2011 and their second in 2014.

C had pre-existing health issues which were exacerbated following the birth of her children resulting in her being unable to work. In 2017, her health became so bad that her partner had to leave the family home to sleep elsewhere overnight.

In assessing the size of the net estate, Cohen J exercised his power under s9 of the 1975 Act to treat the Deceased’s severable share of property jointly held with his widow as part of his estate. As such, the net estate amounted to £554,000.

As to the position of the parties, Cohen J began with consideration of C’s needs in order of preference:

Cohen J then went on to consider the positions of the Deceased’s widow although there was little evidence in relation to her finances due to her non-compliance throughout the proceedings resulting in her being debarred from participating in the hearing. C’s mother lived in a care home which was said to cost £52,000 per year. Other than a need to meet these care costs, there was no evidence before the court of other financial needs and of her resources to meet these needs other than a state pension.

C’s brother, the executor of the Deceased’s estate, did not have any particular financial need due to his successful business career and did not seek to persuade the court that his financial needs were of any relevance.

In considering any award to be made, Cohen J had to consider the CFA which C had entered into and whether the 72% uplift amounting to £48,174 could fall on the estate as part of any award for reasonable financial provision.

The Judge was referred to two authorities in which this point had been considered, the first being the decision of Deputy Master Linwood in Re Clarke [2019] EWHC 1193 and 1194 (Ch) in which he declined to increase the award to include a success fee on 5 grounds: (i) the calculation of damages is carried out before costs and has never included an element of costs (ii) to allow it would be contrary to legislative policy that the losing party should not be responsible for a success fee (iii) it would amount to an increase in damages by way of costs (iv) it may put a CFA funded party in a better position in terms of negotiation; and (v) it would put a 1975 Act claimant in a better position that one in a personal injury claim.

The second authority referred to was Bullock v Denton, an unreported decision of HHJ Gosnell in the Leeds County Court which was handed down 9 days before the current hearing. Here, the Claimant had entered into both a DBA with her 1st set of solicitors and a CFA with the 2nd. It appeared that HHJ Gosnell was not referred to Re Clarke but decided to add a sum of around £24,000 excl VAT to the claimant’s award which represented less than 50% of the uplift the solicitors were entitled to under the CFA.

The Judge considered that it was appropriate to consider this success fee as part of C’s needs and stated that he considered this was appropriate for case specific reasons on the basis that, given the inelasticity of the award, it was likely that one of C’s primary needs would not be met if she was required to meet this liability herself.

In justifying his reasoning, the Judge referred to the decision of Briggs J in Lilleyman v Lilleyman [2012] 1 WLR 2801 in which he was faced with a 1975 Act award that may be undermined by the effect of undisclosed negotiation offers. In this decision, Briggs J expressed uneasiness at the disparity between the cost regimes between 1975 Act claims and matrimonial finance proceedings which place emphasis on open offers with limited scope for costs shifting to allow awards to take into account cost liabilities.

Cohen J considered that it would not be fair to ignore C’s liability to her solicitors and decided to take a cautious approach to C’s liability by allowing half of the success fee sought in the sum of £16,750.

Ultimately, the Judge concluded that reasonable financial provision had not been made for C and that an award of £138,918 was appropriate which comprised of (i) £17,000 for ongoing psychiatric care (ii) £48,168 to address 3 years’ worth of income shortfall (iii) £32,000 to reflect 3 years’ worth of universal credit lost by reason of the award (iv) £15,000 in capital for the replacement of white goods and upgrade of C’s car (v) £10,000 for a rental deposit to allow C to move to a property with more space/a more sympathetic landlord; and (vi) £16,750 required to meet a reasonable CFA mark up.

Whilst the decision was an interesting one concerning an estranged adult child, the unusual factor in this case was Cohen J’s decision to allow part of the CFA success fee when awarding reasonable financial provision to C. Whilst the Judge went to efforts to comment that his decision was for “case specific” reasons, the decision does not appear to engage with the arguments raised by Deputy Master Linwood in Re Clarke when declining to make such provision.

On the one hand, including a success fee as part of an award under the 1975 Act may be said to fall within the financial resources and financial needs which the claimant is likely to have in the foreseeable future pursuant to s3(1)(a). A substantial success fee could reduce a significant portion of the claimant’s award in circumstances where the only way they could pursue such a claim was through a CFA.

However, the concern with allowing such an approach is that it affords claimants in 1975 Act claims an advantage to those in ordinary civil actions who cannot recover such costs from the losing party. As with 1975 Act claims, it is not uncommon that the only way in which a successful claimant can pursue a personal injury claim for damages is through the use of a CFA.

Moreover, the decision in Re H does not sit comfortably with the legislative intentions of s58A(6) Courts and Legal Services Act 1990, as substituted by Legal Aid, Sentencing and Punishment of Offenders Act 2012,  which expressly provides that a costs order may not include provision for the payment by one party of all or part of a success fee. By wrapping this liability up in an award of damages, it effectively allows a court to circumvent the deliberate policy that losing parties should not bear this responsibility.

It is an unfortunate fact of litigation that parties are at risk that their unreasonable negotiating stance or refusal to accept offers of settlement may undo any good that an award of damages was intended for. Whilst it may be that a different approach is taken in matrimonial finance proceedings to ensure awards reflect such cost liabilities, it is dangerous territory for a court to seek to pre-empt these liabilities in 1975 Act claims without wholesale reconsideration of the cost’s regime for such claims.

What is clear is that this authority will undoubtedly be relied upon in claims going forward to seek to persuade courts to provide for such liabilities in awards of reasonable financial provision. As such, until tackled by a court upon appeal, this vexed issue will clearly remain live and ripe for argument.