Sailing into the sunset? The High Court warns against misuse of a director’s loan account: Re Saint George Investment Holdings Ltd Manolete Partners plc v Matta and others [2020] EWHC 2965 (Ch) 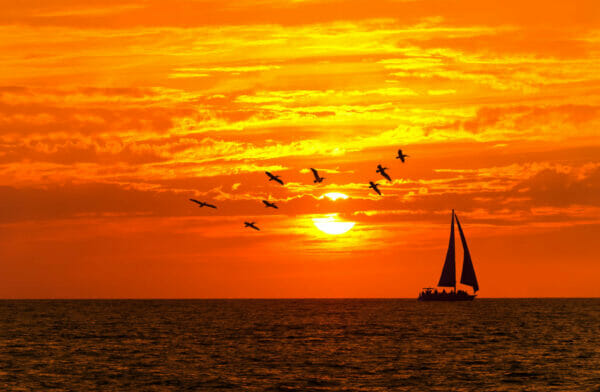 At the end of last year judgment was handed down by Pat Treacy J in a matter notable for the unusual attitudes of a director towards the company’s director’s loan account. By the time the company entered into administration, the loan account was overdrawn to the tune of £1.35m, with the director having withdrawn funds to (amongst other things) finance the purchase and maintenance of a personal yacht.

Manolete was an insolvency litigation financing company. The First Respondent, Dr Matta, was the former sole director of Saint George Investment Holdings Ltd (‘the Company’) which was the holding company for a number of care homes in North West England. The Second and Third Respondents were Dr Matta’s family members; the Fourth Respondent was a limited company named MMJ Global Limited.

Between March 2015 and October 2016, the Company made various significant payments to the Respondents. By the time of the Company’s entry into administration on 4 October 2016, a director’s loan account (‘the DLA’) was overdrawn by some £1,365,422.64. Any claims that the Company or its administrators had were assigned to Manolete on 8 February 2019 and then on 10 July 2019 Saint George Investment Holdings was dissolved.

The statutory duties are not exhaustive but nonetheless represent a high-level restatement of many basic principles underpinning this area of law.

As outlined by Pat Treacy J at [25] of the judgment, where a company has entered a formal insolvency process, certain prior transactions can be challenged by the administrators in order to assist creditors. Transactions which were arguably improper are susceptible to review by the Court and may be undone. Directors and their families are subject to statutory presumptions given that they are ‘connected’ to the company.

Section 240 IA 1986 sets out the relevant time during which the transaction at an undervalue or preference must have occurred in order for the statutory framework to be engaged.

It was argued against Dr Matta that the significant debt in respect of the DLA existed at the time of administration, and was therefore a debt owed to the Company which required repayment to Manolete as the assignee. Moreover, the Applicant contended that Dr Matta used the DLA for personal expenditure and as such was in breach of his duties to the Company, particularly s172 – 174 CA 2006. Dr Matta said in response that at the time of the relevant transactions the Company was thriving, but he failed to dispute the central contention against him: that the expenditure was personal in nature.

The Court found that Dr Matta was required to repay the outstanding loan arising from the DLA. At [33] of the judgment, Pat Treacy J observed that the duties owed under s171 – 176 CA 2006 were owed to the company and not to its shareholders. The ‘principal and overarching duty’, it was held, is set out in s171: a director must act in accordance with the company’s constitution and exercise his or her powers only for the purpose for which they are conferred. More specifically, pursuant to s172, those powers must be exercised so as to promote the success of the company for the benefit of its members as a whole, and in doing so exercise reasonable care, skill and diligence as required by s174.

Applying the above, the Court found at [34] of the judgment that a director’s powers to authorise payments from a company’s funds ‘are not granted to enable directors to pay for or fund very significant personal items of expenditure on a long term basis’. Dr Matta was therefore in breach of his duties under the CA 2006; his argument that the Company well able to afford the payments at the time provided no answer to the issues arising pursuant to the 2006 Act. There was no reason not to require Dr Matta to repay the outstanding loan.

Payments to the Second and Third Respondents

The factual matrix with regard to the employment status of the relevant Respondents was partial, complex and unclear. Pat Treacy J concluded at [49] that ‘Matters fall to be determined without a full hearing only where the Court is persuaded that the case is capable of being made out on the basis of the evidence before it.’ The Court went on to find that it was not possible in the context of a short two-hour hearing, with no ability to probe the evidence in any depth, to reach conclusions about the propriety of payments made to the Second and Third Respondents. The same constraint arose in respect of establishing when the Company became insolvent, which was said at [55] of the judgment would require ‘proper review of the evidence which goes far beyond what is possible in a summary hearing’. That finding reflects the observation offered by Henderson J in Phillips & Another v McGregor-Paterson [2009] EWHC 2385 (Ch):

…the question whether the Company was unable to pay its debts within the meaning of s123 [IA 1986] at the time when each of the disputed payment was made is a question that cannot possibly be determined on a summary basis.’

In Phillips, Henderson J commented that the presumption of s239(6) IA 1986 – that a company which has given a preference to a connected person is presumed, unless the contrary is shown, to have been influenced in deciding to give it by the desire to better the recipient’s position as per s239(4)(b) – will usually require exploration at trial in order to determine whether it has been rebutted, ‘save in the clearest of cases’.

Accordingly, the applications in relation to the payments to the Second and Third Respondents were refused.

Payments to the Fourth Respondent

The Court found that by authorising the payments to the Fourth Respondent (which primarily concerned charitable donations to Coptic Church causes in Egypt), Dr Matta acted in breach of his duties under CA 2006 and he was liable in respect of them under that Act.

However, the evidential difficulties set out above meant that it was impossible to conclude whether those payments were reviewable transactions as provided for by IA 1986 for which the Fourth Respondent was liable. Pat Treacy J therefore declined to make the orders and declarations sought in respect of the Fourth Respondent.

In view of the summary nature of hearing, the applications in respect of the payments to the Second, Third and Fourth Respondents were refused.

This decision confirms that a director’s loan account is not a cash repository for a director’s personal expenditure. To treat one as such is likely to contravene the duties set out in CA 2006 and may give rise to personal liability on behalf of the offending director. It may be a further breach not to regularise the position. Unsurprisingly, is not a defence to argue that as at the time of the transactions the company was sufficiently pecunious and profitable.

However, a summary hearing will rarely be the appropriate venue to determine contentious and factually complex issues arising pursuant to an application under s238 or s239 IA 1986, which will likely require a thorough probing of the evidence at trial in order for the Court to be able to reach a conclusion.