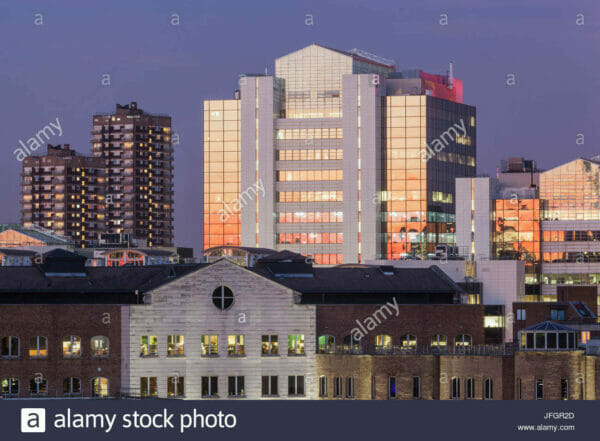 By now, the complexities of deposit protection under the Housing Act 2004 and the various legislative changes and transitional provisions have been largely resolved (and are outside the scope of this note). However, there remain areas of significant uncertainty in relation to the proper quantification of claims for compensation under section 214, on which there is little in the way of binding authority. This note explores some of those areas, and sets out arguments to be deployed by tenant and landlord, respectively.

The relevant legislation is Part 6, Chapter 4 of the Housing Act 2004. The relevant landlords’ obligations apply where a deposit is paid in connection with a shorthold tenancy, and are set out in section 213:

The relevance of multiple tenancies

If a deposit is paid and not protected in respect of an original tenancy which is then replaced by one or more subsequent tenancies, are there multiple breaches of section 213 and therefore multiple causes of action under section 214?

Although there are no authorities directly on the point, the position appears to be settled by the case law relating to when an obligation under section 213 arises. The case of Superstrike v  Rodrigues [2013] EWCA Civ 669 preceded the amendments to the Housing Act 2004 which inserted sections 215A–215C. Superstrike decided that the obligation under section 213 arose pursuant to a statutory periodic tenancy where a deposit had been received in connection with the fixed term tenancy which preceded it. The reasoning was that the deposit is effectively repaid when the original tenancy is replaced by a new one.

The author’s view is that it follows from the reasoning in Superstrike that an unprotected deposit is effectively received by the landlord afresh in connection with each replacement tenancy after the original. There is, therefore, a further breach of section 213 in respect of each replacement tenancy. This is supported by the existence of section 215B: that section provides that compliance with section 213 in respect of the original tenancy stands as compliance for all subsequent tenancies. There is no equivalent provision relating to breaches of section 213, and the inference is that this parliamentary omission was deliberate.

The author’s view is therefore that an applicant under section 214 is entitled to compensation of between one and three times the amount of the deposit in respect of the original tenancy and each replacement tenancy.

It is an open question whether breaches of sections 213(3) and 213(6) are cumulative – each giving rise to a separate entitlement to damages under section 214.

The wording of section 214 does not suggest a clear answer to this question. The wording of sections 214(1), 214(2), and 214(2A) means that an entitlement to damages hinges on whether “section 213(3) or 213(6) has not been complied with in relation to the deposit”. The question is whether the word “or” renders these different routes to an entitlement to damages mutually exclusive or cumulative.

On the one hand, this suggests that damages ought to be higher: a failure to protect is arguably more serious than a failure to provide information, and this “doubling up” takes account of that without interfering with the assessment of quantum for each breach. Further, this approach ensures that each of the obligations under sections 213(3) and 213(6) are taken seriously by landlords, as each carries its own penalty.

As against that, this interpretation effectively results in a double penalty arising from one omission. That is an inherently surprising result, and one which is not made explicit in the wording of the statute. Further, landlords are still incentivised to comply with both obligations under sections 213(3) and 213(6), as the amount of damages payable does not necessarily reduce merely because the first step of complying with section 213(3) is taken.

In the author’s view, these arguments are finely balanced, and neither can be regarded as plainly correct in the absence of authority on the point.

Quantum for each breach

The court has a discretion as to how much to award in respect of each breach under section 214(4). There is only one authority on the point: Okadigbo v Chan [2014] EWHC 4729 (QB). That case states that a judge is entitled to regard culpability as the most relevant factor, and may take account of the following matters in assessing the level of the respondent’s culpability: whether the respondent is an experienced landlord, whether the landlord is letting out his home or another property, and whether the respondent has reasonably relied upon a managing agent. The case also identifies the relevance of whether the breach was corrected before the end of the tenancy.

Arguments in relation to this issue will always be fact specific, but an interesting point (referred to in Okadigbo) arises in relation to the role of managing or letting agents. Okadigbo implies that a landlord is not “fixed” with the culpability of his agent, suggesting that culpability ought to be assessed by reference to the actual, personal state of mind of the landlord. Given the broadness of the court’s discretion, and the public policy grounds for the compensation, this carries a certain inherent logic. However, it also goes against the general law of agency as applied in (almost) all other contexts, whereby a principal is responsible for the acts of their duly authorised agent. If that was intended, one would expect it to be made explicit in the legislation. Arguably, it is no hardship to a landlord to be ordered to pay compensation due to the actions of his agent, as he may then claim an indemnity against that agent. Conversely, the tenant will have suffered the effects of a contumelious breach of section 213 in any event. It is questionable whether a landlord ought to be permitted to delegate obligations, without also taking responsibility for his delegate.

In the author’s view, the discretion under section 214(4) ought to be approached on the footing that the acts, omissions, state of mind, and general culpability of an agent are attributable to the landlord respondent.

The cause of action under section 214 exists on public policy grounds. Its intention is to ensure that landlords protect deposits, not to grant windfalls to tenants. However, the legislation is a blunt instrument, and there are plenty of grey areas in respect of how it operates in various scenarios. In practice, many of the arguments above are likely to interact with one another as a judge strives to reach a global view of the appropriate level of damages. Until there is a binding authority, the outcome of arguments on quantum is likely to be determined according to judicial sympathy, rather than firm principle. Unfortunately, this makes such litigation highly unpredictable, to the detriment of both applicants and respondents. This is an area which cries out for guidance from an appellate court.