Home > So, when can a landlord exclude liability for misrepresentation in a lease?

So, when can a landlord exclude liability for misrepresentation in a lease? 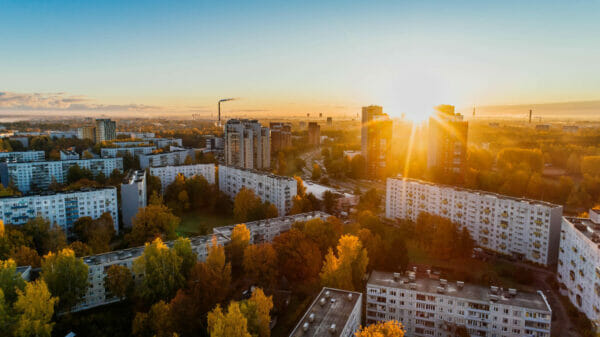 This was the question considered by the Court of Appeal in First Tower Trustees Ltd, Intertrust Trustee Limited v CDS (Superstores International) Limited [2018] EWA Civ 1396 in which a landlord (2 trustee companies) let commercial premises (4 warehousing bays) contaminated with asbestos. The tenant sought damages for the costs of the asbestos remedial work, for the costs of alternative warehouse accommodation whilst Bays 1 to 3 were incapable of use and for the cost of the loss of Bay 4.

Before contracts were exchanged, the tenant CDS through its solicitors raised enquiries on a Commercial Property Standard Enquiries form. The enquiries form provided that the Buyer must have the property surveyed, investigate title and make all appropriate searches and enquires of third parties and that the Seller will notify the Buyer on becoming aware of anything which may cause any reply that it has given to these or any supplemental enquiries to be incorrect. In reply to enquiry 15.4 (b) asking for details of the existence of any hazardous substances including asbestos or asbestos containing material, the landlord replied, “The Buyer must satisfy itself.” Similarly, the landlord replied that it was not aware of any notices relating to actual or possible presence of contamination at or near the property but that the Buyer must satisfy itself (enquiry 15.5) and that it was not aware of any actual, alleged, or potential environmental problems (including actual or suspected contamination (enquiry 15.7)). 2 months after responding to the enquiries before contract, the landlord became aware that the warehouse bays were so contaminated with asbestos that they were dangerous to enter. Nevertheless, the landlord failed to pass the information to the tenant CDS before completion of the lease and agreement for lease.

The lease entered into provided that “The tenant acknowledges that this lease has not been entered into in reliance wholly or partly on any statement or representation made by or on behalf of the landlord” and that the tenant acknowledges that he has not relied on any statement or representation other than those made in writing by the landlord’s solicitor in response to the written enquiries.

Does section 3 of the Misrepresentation Act apply?

A lease included a clause “that this lease has not been entered into in reliance wholly or partly on any statement or representation made by or on behalf of the landlord.” This was a contract term which would have the effect of excluding liability for misrepresentation. The clause was therefore subject to the test of reasonableness in section 11(1) of the Unfair Contract Terms Act 1977 (see section 3(1) of the Misrepresentation Act).

Were the clauses reasonable?

To be reasonable, the term “shall have been a fair and reasonable one to be included having regard to the circumstances which were, or ought reasonably to have been, known to or in the contemplation of the parties when the contract was made.” The court upheld the decision of the trial judge on whether the clause passed the test of reasonableness. Consideration was given to the fact that pre-contractual enquiries perform an important function in conveyancing. A landlord wishing to rely on a clause seeking to exclude liability in a commercial lease will therefore need to ensure that the exclusion clause is reasonable.

Did the trustees limit their liability under section 2 of the Misrepresentation Act?

The landlord had entered into the lease and the agreement for lease “in their capacity as trustees of the Barnsley Unit Trust and not otherwise.” The landlord argued that this should limit their statutory liability for damages for misrepresentation. The Court of Appeal however held that a Trustee who wishes to limit their liability for damages to the trust assets needs to ensure that the contract does this clearly. A trustee wishing to limit their liability will therefore need to ensure that the clause used is wide enough to cover pre-contractual, contractual and non-contractual (tortious and statutory) claims.

This provides an important reminder for landlords to ensure that information provided in replies to pre-contractual enquiries are updated and that new events are taken into account. An “unreasonable” exclusion clause will not exclude liability.