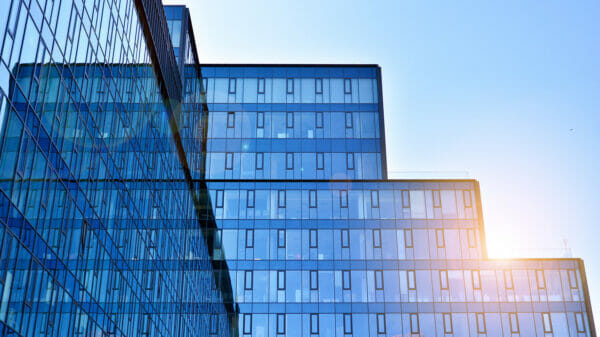 The Appellant was a long-established and well-respected firm of solicitors in Wakefield (‘the Firm’).  The Respondents were former clients of the Firm.

In December 2015, it transpired that one of the three then-partners of the Firm, one Mrs Box, had fraudulently made unauthorised payments from the Firm’s client account and had been doing so for years.  Millions of pounds held on trust for the Respondents, among others, had been misappropriated.  Mrs Box was expelled from the Firm in January 2016 and was subsequently, having pleaded guilty to offences of dishonesty, sentenced to a term of imprisonment and struck off as a solicitor.

The Firm was obliged to close in January 2016, and the surviving two partners (‘the Surviving Partners’), faced claims by former clients seeking compensation for the loss of the misapplied funds.

The Claim Form was issued on 25 September 2018 and the Respondents claimed against the Firm as trustees of the client account. Mrs Box was plainly guilty of fraudulent breaches of trust in taking the money for her own benefit. As for the Surviving Partners, it was a matter of common ground that they were prima facie liable to account as trustees even though they themselves were innocent, not having any knowledge of or involvement in the fraud.

In their Defence, the Surviving Partners pleaded that the Respondents’ claims against them were statute-barred insofar as they arose more than six years before the issue of the Claim Form by virtue of section 21(3) of the Limitation Act 1980.

At first instance, HHJ Saffman rejected that argument on the grounds that the Surviving Partners were deemed as being party or privy to the fraud by virtue of the Partnership Act 1890, and accordingly that section 21(1) of the Limitation Act 1980 precluded them from relying on a limitation defence.

(1) No period of limitation prescribed by this Act shall apply to an action by a beneficiary under a trust, being an action –

(a) in respect of any fraud or fraudulent breach of trust to which the trustee was a party or privy; or

(3) Subject to the preceding provisions of this section, an action by a beneficiary to recover trust property or in respect of any breach of trust, not being an action for which a period of limitation is prescribed by any other provision of this Act, shall not be brought after the expiration of six years from the date on which the right of action accrued.

Although the claim was brought against the Defendants as trustees, the following provisions of the Partnership Act 1890 were relevant as the trusteeship was alleged to have arisen in the context of a partnership:

9. Every partner in a firm is liable jointly with the other partners … for all debts and obligations of the firm incurred while he is a partner.

10. Where, by any wrongful act or omission of any partner acting in the ordinary course of the business of the firm, or with the authority of his co-partners, loss or injury is caused to any person not being a partner in the firm, or any penalty is incurred, the firm is liable therefor to the same extent as the partner so acting or omitting to act.

11. In the following cases; namely—

(a) Where one partner acting within the scope of his apparent authority receives the money or property of a third person and misapplies it; and

(b) Where a firm in the course of its business receives money or property of a third person, and the money or property so received is misapplied by one or more of the partners while it is in the custody of the firm;

the firm is liable to make good the loss.

12. Every partner is liable jointly with his co-partners and also severally for everything for which the firm while he is a partner therein becomes liable under either of the two last preceding sections.

13. If a partner, being a trustee, improperly employs trust-property in the business or on the account of the partnership, no other partner is liable for the trust property to the persons beneficially interested therein:

(1) This section shall not affect any liability incurred by any partner by reason of his having notice of a breach of trust; and

(2) Nothing in this section shall prevent trust money from being followed and recovered from the firm if still in its possession or under its control.

Sir Timothy Lloyd, with whom Nicola Davies and Asplin LJJ agreed, identified the key issue to be the concept of a trustee being ‘party or privy’ to a fraud or fraudulent breach of trust under section 21 of the Limitation Act 1980 (and its predecessor in the Trustee Act 1888).  This is distinct from the concepts provided for in the Partnership Act 1890 of: (i) liability as between partners and of the firm (ss 9-12); and (ii) breach of trust by a trustee who happens to be a partner, and who misappropriates trust property and employs it in the business of the partnership (s 13).

Most of the cited authorities concerned liability as between partners or concealment of frauds under section 32 of the Limitation Act 1980, and did not, therefore, provide assistance on whether the Surviving Partners in the present case were ‘party or privy’ to Mrs Box’s frauds for the purposes of section 21(1) of that Act.  The case of  Thorne v Heard in the Court of Appeal [1894] 1 Ch 599 and in the House of Lords [1895] AC 495, in which the meaning of ‘party or privy’ was directly in issue, was the only authority of relevance.

Sir Timothy Lloyd held that Thorne v Heard provided “authoritative guidance on the meaning of the term in the various references by the various judges to whether the defendant had participated in the fraud, or had any knowledge of the fraud, or had assented to or ratified it in any way, or received any benefit from it, or had any moral complicity or any responsibility for it so as to be tainted by it.”

Hence, Sir Timothy Lloyd did not consider there was anything in the Partnership Act 1890 nor in the authorities which supported the proposition that the Surviving Partners are to be treated as party or privy to Mrs Box’s fraudulent breaches of trust.  To the contrary, Thorne v Heard, emphasised the distinction between making a party liable for another’s wrongs (such as under the Partnership Act 1890) and making him party or privy to those wrongs.  Hence a co-trustee, whether in a partnership or otherwise, is not to be treated as party or privy to another trustee’s fraudulent breaches of trust within the meaning of section 21(1) of the Limitation Act 1980, unless, as a matter of fact, the co-trustee is implicated in the frauds in some way.  This is notwithstanding that the innocent trustee or partner may otherwise be liable for those same frauds.

Sir Timothy Lloyd therefore concluded that the Surviving Partners were without the scope of section 21(1) of the Limitation Act 1980 and therefore entitled to rely upon the limitation defence set out in section 21(3) of that Act.

This case marks an interesting intersection between substantive law on trusts and partnerships, and the law of limitation.

Although innocent partners are liable for the acts of their co-partners as a matter of partnership law, just as a trustee is liable for any breach of trust by a co-trustee, the present case makes clear that such joint and several liability is not absolute; innocent trustees (and partners who are also trustees) are entitled to rely on a limitation defence in response to a claim alleging any fraud or wrongdoing committed by a co-trustee, whereas that co-trustee would have no such defence. Joint and several liability does not, therefore, necessarily mean that innocent trustees are tarred for all purposes with the same brush as a dishonest or fraudulent co-trustee; the presence of additional duties under partnership law makes no difference.

The practical impact of this decision is that innocent victims of fraud ought to bring claims against innocent partner-trustees before the expiry of the limitation period. The policy proposition put forward by Sir Timothy Lloyd is that the innocent victim of fraud ought to bear the loss in these circumstances, applying the general policy behind the Limitation Act 1980. But this does not necessarily hold up in circumstances where the innocent partner-trustee is in a much better position to discover the fraud in the first place compared to an innocent victim, who may well not discover the fraud until limitation has already expired. By that time, the innocent victim’s only remedy will be against the fraudster which may well be ineffective (e.g. if the fraudster has made off with the money).

In any event, this decision should be borne in mind by prospective claimants wishing to bring proceedings against partners as trustees; claims against innocent partner-trustees for liability arising from the fraud of another partner should be brought promptly or else risk facing a successful limitation defence.  This is in contrast to claims brought against a dishonest or fraudulent partner-trustee, who does not have the benefit of a limitation defence.

Finally, it should also be noted that where the claim is brought against partners as partners (i.e., not as trustees) or the partnership itself, additional considerations, such as whether the fraudulent partner was acting in the usual course of the partnership’s business or within apparent authority, will determine the liability of the firm and of the other partners.

This article was written by Joshua Griffin.

For a discussion of the issue of aggregation in solicitors professional indemnity insurance, which arose in a related case against the Firm and Mrs Box, listen to our podcast here.