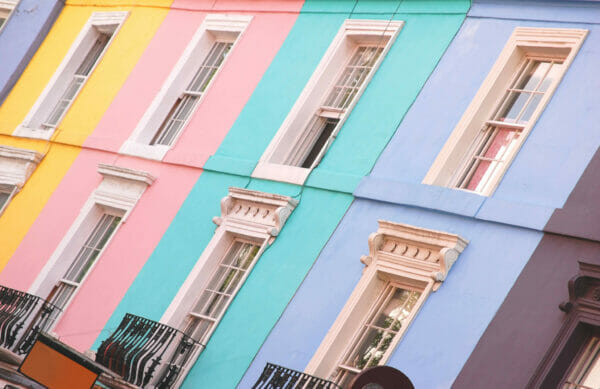 Welcome to the November edition of the Property Newsletter from Hardwicke.

This month, Brie Stevens-Hoare QC looks at injunctions in anticipation of unlawful conduct on development sites and John Beresford features in our all new unrobed section – ‘Simon’s Wheel of Questions’(!). Each month, a member of the property team will have to spin the Wheel of Questions and answer the first three questions to come up; I hope you enjoy the new format.

We are also delighted to announce that John de Waal QC’s new textbook, Risk & Negligence in Property Transactions, has just been published by The Law Society. Fresh off the press, the book takes an in-depth look at the various stages that take place, and specific issues that may arise, on the acquisition of land. It identiﬁes the risks faced by solicitors acting for the buyer, seller and lender that may give rise to liability in negligence. Further detail can be found here.

John de Waal QC has been acting on a professional negligence claim for £2m arising out of the dissolution of a property investment partnership.

Peter Petts has been grappling with failed auction contracts and scurrilous landlords reneging on their promises.

Jamal Demachkie has spent much of October on holiday, and the remainder continuing the roadshow of events publicising John de Waal QC’s new book: Risk and Negligence in Property Transactions.

Andrew Skelly has been fully occupied in the Court of Appeal against another member of chambers.

Cameron Stocks spent most of this month seconded to a city firm working in the property litigation team and then returned to a two day TOLATA trial in Reading to finally resolve a 22 year dispute between ex-cohabitees.

Amanda Eilledge has had a busy month advising on two different rectification disputes and preparing for five days in the High Court on a dispute arising out of the sale of a property.

Simon Allison had a manic week, with a CCMC in Cardiff on the Monday, an appeal in the Upper Tribunal on the Tuesday, a one day forfeiture trial in Nottingham on the Wednesday, and a conference on the Thursday. Friday was declared a (semi) day of rest, with a dilaps claim thrown in for good measure.

Brie Stevens-Hoare QC has been out the getting injunctions again – this time preserving access. It’s also been a month of mediation, finding creative solutions where possible.

A busy month for Monty Palfrey including success in obtaining variations to a lease in the FTT, a two day trial on a Notice of Severance, advising on adverse possession against a pub, a half marathon in Palma and just under 700,000 steps during the month as part of the Landaid Challenge!

Lina Mattsson has had a manic month of forfeiture claims and boundary disputes. She has also been advising on restrictive covenants and overage provisions.

Ashley Fletcher was convicted of fraud. His victim was his mother, the appellant, Mrs Paula Fletcher. As a result of the fraud, Mrs Fletcher mortgaged her home to the respondent bank, Santander, for about £120,000 instead of £32,000. Prior to signing the mortgage, she executed a transfer of the house into the joint names of herself and her son on form TR1. The loan had not been repaid and the bank brought possession proceedings. Mrs Fletcher argued that the mortgage should be set aside for undue influence.

At trial, the judge accepted that the mortgage should be set aside for undue influence, of which the bank had sufficient notice to be on inquiry. The judge, however, found that the bank had the benefit of an equitable charge over the son’s beneficial interest in the property. The TR1 contained an express declaration of trust that Mrs Fletcher and her son owned the property as 50/50 tenants in common. Although Mrs Fletcher denied that she had intended her son to have any beneficial interest the judge held that the declaration of trust was conclusive. The bank was therefore entitled to enforce the equitable charge against the son’s 50% beneficial interest, even though the mortgage was set aside.

Mrs Fletcher had new counsel for the appeal. She was granted permission to amend the grounds of appeal on the morning of the appeal, but on the footing that if the facts and evidence from trial were not sufficient to support her new argument, then it would fail. The case was not one to be remitted. Mrs Fletcher’s new argument was that as TR1 was procured by fraud the judge was not required to treat the written document as conclusive as to her intentions in this case. Further, the bank could not rely on the declaration of trust in the TR1 as evidence of Mrs Fletcher’s intentions as this would be unconscionable in circumstances when it was “on inquiry” of the undue influence.

Expressing great sympathy for Mrs Fletcher’s position, Mr Justice Birss dismissed the appeal. He held that there had been no claim before the judge to set aside, rescind or rectify the declaration of trust in the TR1. The only question at trial had been whether the son had a beneficial interest in the property over which the bank had an equitable charge. The bank had clearly relied on the TR1 in lending the money. Therefore, the bank acquired an equitable charge over the son’s interest, even if the legal charge was set aside. Further, the fact that the bank was on inquiry in relation to undue influence affecting the mortgage deed did not mean that it was on notice of any taint affecting the conveyance. There was no such finding by the judge as it had not been explored at trial. The fact that the mortgage deed was executed less than six months after the TR1 was not enough in itself to fix the bank with constructive notice of any right held by Mrs Fletcher to rescind the declaration of trust. In any event Mrs Fletcher’s unilateral mistake, if established, could only render the declaration of trust voidable, not void. If a claim for rescission had been part of Mrs Fletcher’s case at trial and if the bank had pleaded a bar to rescission, there might have been a burden on the bank to establish a right to bar rescission. However, the bank could not be criticised for not doing so, given the way in which the case was pleaded and argued at trial. The appeal was therefore dismissed.

Each month, a member of our property team has to spin ‘Simon’s Wheel of Questions’ and answer the first 3 questions that come up. This month, John Beresford tried his luck.

Q: Where do you most hope to visit?

A: Porto. I’ve heard the weather and food are nice. I’ve never been to Portugal before either.

Q: What’s been on your mind lately?

A: A preliminary issue hearing in the FTT on the issue of whether a tenant has “agreed or admitted” (for the purposes of section 27A(4)(a) of the Landlord and Tenant Act 1985) liability for service charges going as far back as 2006. The FTT decided that she had admitted her liability for all service charges pre-dating 2013. I await the FTT’s full written reasons which are expected within 14 days.

A: The Arctic Monkeys at the O2. I went with friends. It was very good.

The Property Newsletter is edited by Simon Allison. Comments or queries about this newsletter? Please get in touch with him!