Welcome to the November 2020 edition of the Property Newsletter from Hardwicke. Well now then, another lockdown, but in the wet, cold and dark? And I’ve finished Netflix already. Sigh. At least there is woolly knits season to enjoy, plus comedy moustaches to be cultivated.

This month Emily Betts explores whether the Court is obliged to accept ‘unopposed’ expert evidence, considering the High Court appeal case of Griffiths v TUI [2020] EWHC 2268 and giving us key practical considerations pending a second appeal to the Court of Appeal.

And Alastair Redpath-Stevens spins the wheel of questions for us.

If you hadn’t yet seen/read them, check out the excellent series of pieces the team at Hardwicke have written celebrating influential figures for Black History Month.

For all things Covid-19 related, Hardwicke’s Covid-19 resources related hub can be found by clicking here.

The next newsletter will be in December 2020.

Despite being on “holiday” most of the month Brie Stevens-Hoare QC has been focused on defaulting tenants, borrowers and investment partners as well as the sea and Cornish coastline. There may have been some fish and chips and scones with cream.

Peter Petts succeeded in a summary judgment against a tenant’s defence of frustration of a lease due to Coronavirus and a no set-off clause being unreasonable.

Jamal Demachkie has enjoyed a month of mediations (three remote and one in person); with only one involving a post-midnight finish!

Cameron Stocks has spent his month exploring the Seychelles… legal system in the form of a case concerning an order for sale of a property owned by a struck off Seychelles company with more twists and turns than a cheap garden hose. When not dreaming about being on a beach, Cameron has been remote mediating a ‘54 act dispute with arguments of constructive trusts and estoppel.

Lina Mattsson has had numerous boundary disputes this month; lock-down really has exacerbated quarrels between neighbours. She has also been advising on restrictive covenants, acquiring a right to park by prescription and what to do when a taxiway at a busy airport has accidently been sold to a developer.

October was Part 8 month for John Clargo: cases dealing with construction of development agreements and allegations of unreasonable refusal of consent.  He has also been mediating knotweed (of course) and advising on boundaries and adverse possession (again).  Also, sourdough (still).  He’s thinking about getting a dog (we’ll let you know).

In addition to enjoying his time in the hills in Southern Spain, including doing a hearing, Monty Palfrey in addition to obtaining an injunction to get into a pub, successfully opposed a fully argued application for relief from for forfeiture for non-payment of rent made within six months of his client’s peaceable re-entry.

Our property #HardwickeBrews continue and we will shortly be sending details of future brews to those on our mailing list. If there are any topics you would like covered, please do send an email to our events’ team.

All the seminars in our J2J property seminar programme for 2020/21 are aimed at junior property practitioners wishing to build up their knowledge of some of the issues that come up regularly in practice or more senior practitioners looking for a refresher.

The full programme is set out below. All these seminars will take place online via Zoom at 10am and will last for 30 – 45 minutes. If you feel that all/any of theses sessions would be useful, please do feel free to mention it to colleagues.

Anyone wishing to attend any of the events should then please email events@hardwicke.co.uk to be added to the mailing list as we will be sending out formal invitations to each event before each session.

9 February 2021: Planning for property lawyers – what you need to know

Emily Betts explores whether the Court is obliged to accept ‘unopposed’ expert evidence, considering the High Court appeal case of Griffiths v TUI [2020] EWHC 2268 and giving us key practical considerations pending a second appeal to the Court of Appeal. 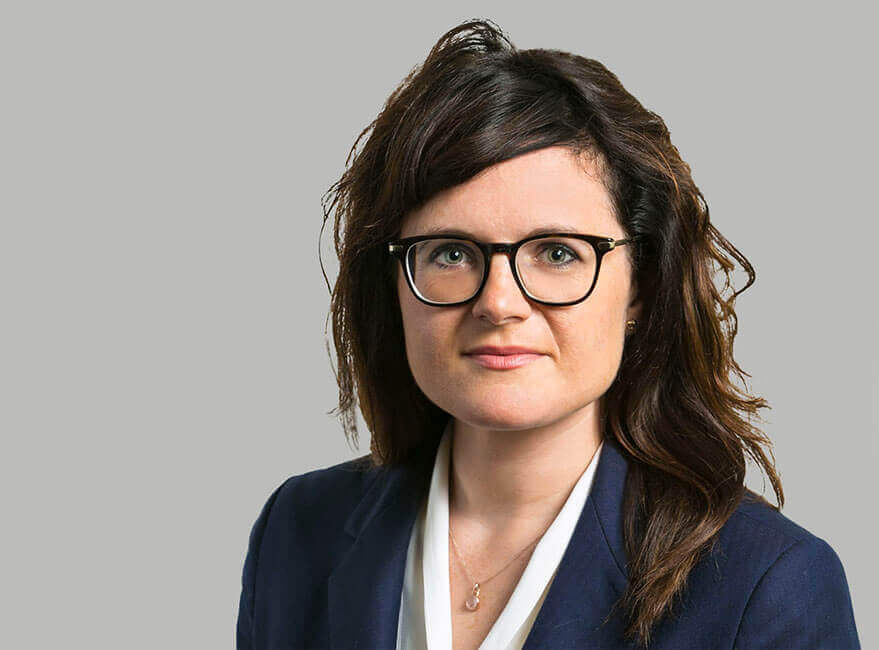 Carl Brewin: Did you see? You may have missed...

September and October gave us two High Court decisions (one on appeal) looking at determination of beneficial interests in family homes registered in sole names. Both provide a cautionary tale of how to prepare and present such cases.

In Iranian Offshore Engineering and Construction Co v Zavarei [2020] EWHC 2497 (Comm) the Court determined the extent of the beneficial interest of a wife of one of the defendants involved in a complex international fraud. The Applicant company was seeking to enforce a judgment for $87 million against the defendant husband, amongst other defendants, for a mobile oil rig that was never delivered.  The husband was found to have received AED 11.9 million as proceeds of “dishonest participation” in the defrauding of the Applicant.

The property in question had been bought as the family home for over £4 million. The wife was the sole registered proprietor of the property. It was subject to a charge, and the net equity had been valued at £235,811. The Applicant company argued that it was to be inferred that the wife held the legal title on resulting or common interest constructive trust for the husband’s sole benefit, as he had paid the whole or most of the purchase price from his resources. The wife argued that the whole of the purchase price was paid from her resources or her borrowings on terms that obliged her personally and exclusively to repay sums borrowed.

Judge Pelling QC found the evidence of both the husband and wife to be profoundly unsatisfactory. In particular, the wife had failed to provide proper disclosure and those documents that were disclosed either did not support her case or were adverse to it. The legal burden rested on the Applicant to displace the presumption, showing the beneficial interest should be different from the legal title, but the wife had an evidential burden to prove that her alleged resources or borrowings had in fact paid for the purchase price. To this end, she could only evidence an interest to the extent of her share of the proceeds of sale of previous property and that her husband had loaned her his share of the proceeds. Her beneficial interest therefore only amounted to 27.45%.

The importance of ensuring documentation to support and corroborate a beneficial interest cannot be understated.

In Amin v Amin (Deceased) [2020] EWHC 2675 (Ch) the home was again registered in the wife’s sole name (although the couple were not legally married). The claim started as a claim for possession but the defendant husband (and her two sons) counterclaimed that she held the property on trust for them and that they were entitled to an equitable interest by way of common intention constructive trust. The husband died after the claim was issued.

The Judge at first interest applied the test in Jones v Kernott [2011] UKSC 53, that financial contributions were relevant but other factors might lead the Court to decide what shares were intended, if any. He made factual findings as to who made mortgage payments, that the wife made no financial contribution, that registration in her name was done without much consideration, the background being that the family had previously transferred properties between members of the extended family. In the circumstances there was enough evidence to hold that the property was held on trust by the wife for all three defendants and ordered it to be transferred into their names.

Nugee LJ dismissed the appeal. It was true that Jones is a joint names case, but it also dealt with sole name cases and stated that the parties’ common intention had to be deduced objectively from conduct. The Judge had recognised that the starting point in a sole name case is the presumption that they are also the sole beneficial owner. What is needed to displace the presumption that the beneficial interests followed the legal title was a common intention, to be deduced objectively from conduct. Financial contributions and many other factors may assist the Court to conclude not only the parties’ intended shares but also whether there was common intention.

The conclusion that the sons had a beneficial interest was not perverse. The Judge did not have to consider how or when the sons acquired their interests or what they were. He had just had to decide whether to accept their argument that their financial contributions and other factors were sufficient to displace the presumption that she was the sole legal and beneficial owner. Detrimental reliance is a requirement for a common intention trust but there was an inference to be drawn that making mortgage payments was on the understanding that they had an interest in the property. The defendants’ evidence was that they regarded the property as their own, made mortgage payments and lived at the property while carrying out building work to it. That was sufficient.

It was surprising that the wife, who was the legal owner, had been found at first instance to have no beneficial interest in the property at all. A case could have been made that the original purchase of the property in joint names gave rise to the presumption they were intended to be joint beneficial names (before it was transferred on and then retransferred to the wife in her sole name), but this was not the case the Judge was presented with. The case he had to deal with was an all or nothing case. Her case had been that the house solely belonged to her without a fallback position.

A lesson then for parties and their representatives to consider carefully from an early stage how a case should be presented and may ultimately be viewed by the judge if no fallback position is presented.

Each month, a member of our property team has to spin ‘the Wheel of Questions’ and answer the first three questions that come up. This month, Alastair Redpath-Stevens tried his luck with the wheel.

What does success mean to you?

Life to me is a success if you’re happy, have great friends, a job you like which pays the bills with a bit left over, and the right work life balance. It isn’t about possessions; they’re just a burden. It is, though, a success to have lived respected and die without regret.

If you could instantly become an expert in something, what would it be?

Thankfully, an easy one! It would be a sculptor. I’m pretty good in two dimensions, but three dimensions are a challenge too far!

If you could spend a day in someone else’s shoes, whose would they be?

To be honest, I wouldn’t really want to do it. I’m happy in my own skin (and shoes: thanks to George Cleverley). That said, I suppose it would be fun to be in Joshua Bell’s shoes for a day, as I might get to play his Strad!

The property newsletter is edited by Carl Brewin. Comments or queries about this newsletter? Please get in touch with him!