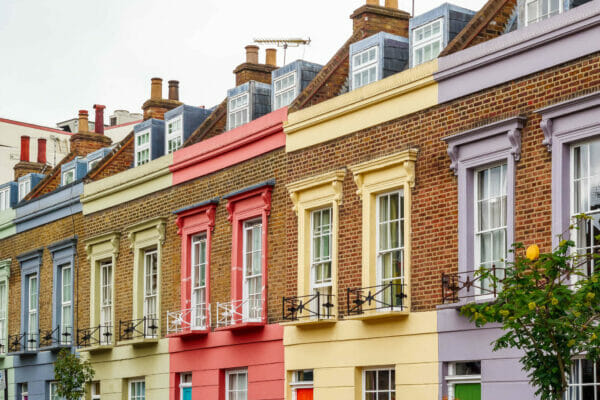 Welcome to the September 2019 edition of the Property Newsletter from Hardwicke.

And…we’re back! The team fresh from holiday and raring to go (apart from Peter Petts who is still eating lobster in Sicily it seems).  This month Katrina Mather considers the Tenant Fees Act 2019 and whether it will have its intended effect on landlords and the rental market that improves the position of tenants.

This month I spin the Wheel of Questions…and definitely answer the first three questions it gives me!*

The next newsletter will be in October.

Over the summer Andy Creer has been advising on unreasonably withholding consent to alterations and reviewing evidence on two opposed lease renewals. She also dealt with a series of applications in respect of expert reports, where the judge said in respect of the other side’s expert report: “I’d have been rubbing my little hands with glee, if I’d been sent this whilst I was in practice.” She just turned and smiled at her opponent.

Jamal Demachkie has had a very busy August, covering all manner of hearings for chambers colleagues who have been sunning themselves in exotic locations. Also, having had a “winning” summer, Jamal is already in training for next year’s parents’ sports day egg and spoon race.

John de Waal QC has been considering issues that arise when tenants make claims for compensation for improvements following the termination of their tenancies under section 17 of the Landlord and Tenant Act 1927.

Amanda Eilledge has been reading contracts of sale: in one case advising on the meaning of  “suitable planning permission” and in the other advising on an overage payment.

Morayo Fagborun Bennett has been defending a commercial tenant against their landlord’s service charge claim including their insistence that the certificate of accounts was binding on all matters and that the right of set off and counterclaim was excluded under the lease.

Daniel Gatty has had a moderately medieval time of it recently, advising both about commoners’ rights in one part of the country and a manorial title in another, alongside cases with more firmly 21st century concerns such as overage agreements. He has also been busy finishing off his forthcoming book about rights over airspace and subsoil while managing to make time for a bit of a holiday too.

James Hall has been dealing with his usual assortment of unusual cases: application to set aside accidental discharge of a mortgage; a complex mortgage possession claim involving the grant of charges using a power of attorney; land registration issues and, of course, property-related prof neg.

Andrew Skelly had a trial in Leeds, involving trespass, adverse possession, rectification, and estoppel.  The whole thing felt rather like a tricky exam question.  Otherwise, when not enjoying the sun in slightly more exotic climes, he has been advising in various other adverse possession claims.

Brie Stevens-Hoare QC’s month has involved a lot of trains, from Moscow to Beijing via Mongolia and then France but she has managed some work as well focusing mostly on Tribunal Appointed Managers and Land Registration.

Laura Tweedy welcomed to the world Francesca Jennifer Fay born on 16 August. Much like Laura’s court submissions, Frankie’s arrival was rather speedy and didn’t require much persuasion, being born two minutes after entering the delivery suite!

Congratulations also to Lina Mattsson on the arrival of baby Emily who was born on 15 July.

Steven Woolf obtained more injunctive protection for public spaces as well as commercial land either side of a lovely cruise around the Mediterranean.

The Defendants, husband and wife, were freehold owners of a block of flats known as York House. They had found out that some of the leaseholders of the block were intending to claim the freehold under the Leasehold Reform, Housing and Urban Development Act 1993 (the “1993 Act”). They were concerned that the price payable under the 1993 Act would not properly reflect a number of development opportunities in relation to York House. Accordingly, in June 2017 they granted 14 leases of various parts of York House and its surrounding area to one or other of themselves (the “Leases”). There was no premium payable. The rent was a peppercorn. No notices under section 5 of the Landlord and Tenant Act 1987 (the “1987 Act”) were served on the qualifying tenants of York House prior to the granting of these Leases.

Following the granting of these Leases, the lessees obtained the freehold and sought an order that the Leases be transferred to the Claimant under section 19 of the 1987 Act. The question was whether the Leases were “relevant disposals” under the 1987 Act or whether they were excluded under section 4(2)(e) as a gift to a member of the landlord’s family, or under section 4(2)(h) as a disposal by way of transfer by two or more persons who were members of the same family to fewer of their number. The Claimant argued that it was conceptually impossible for the creation of a new tenancy to constitute “a gift” because the mutual covenants in it amounted to consideration.

He held that the question in each case was one of construction of the phrases, respectively, “disposal by way of gift” and “to a member of the landlord’s family”. The purpose of the 1987 Act was to give leaseholders of residential flats in a block improved rights to control the upkeep and maintenance of the block. Where a landlord had chosen to dispose of its interest on commercial terms, it was unlikely to have any interest in the identity of the acquiring interest, but that was not so in the case of “intra-family” disposals. Further, the definition in section 4(3) of the word “disposal” as being “the creation or the transfer of an estate” provided a strong indication that “gift” was intended to encompass both a transaction by way of creation of an estate and a transaction by way of transfer of an estate. Accordingly, both the wording and the purpose of the provision indicate that it is broad enough to include the grant of a lease.

Although the grant of a lease involved entering into mutual covenants, it also resulted in the carving out, and vesting in the tenant, of a new estate in land. It was therefore conceptually possible to describe the grant of a tenancy as the making of “a gift”. Further, neither did the language require, nor was there any legislative purpose in excluding from its ambit a gift from a husband to wife, but not a gift from husband and wife to the wife or husband alone; when considering the purpose of these provisions it was clear that the landlord had the same continuing interest in the identity of the disponee in both situations.

It followed that none of the Leases were a relevant disposal as each of them fell within section 4(2)(e) or (h). No section 5 notices had therefore been necessary and the Claimant could not compel a transfer of the Leases under section 19 of the 1987 Act.

Each month, a member of our property team has to spin ‘the Wheel of Questions’ and answer the first three questions** that come up. This month, Carl Brewin tried his luck with the wheel.

What are you reading currently?

The Wall by John Lanchester, a dystopian vision of a not too unbelievable future in Britain following a catastrophic world climate event known as the Change in which the National Coastal Defence Structure (or “Wall”) is guarded by Defenders.

Huge bars of airport bought Toblerone. I defy anyone (without an allergy to it) to resist.

What’s something you say you’ll do, but never will?

*objects in rear view mirrors are closer than they appear and representations in the editorial part of this newsletter may or may not be true.

**questions may or may not have been chosen at random or were or were not the first three questions that came up. Who wants to know the one thing I would eat for every meal if I had the chance? I mean seriously…it’s baked beans, ok, there, I said it.***

***you thought it would be Toblerone, didn’t you? Shame on you (but mostly shame on me).

The Property Newsletter is edited by Carl Brewin. Comments or queries about this newsletter? Please get in touch with him!