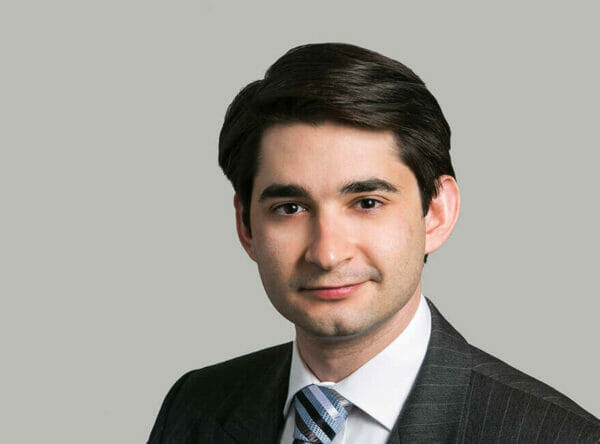 “‘Michael’s charm, pragmatism and commerciality has the ability to put clients at ease. His depth of knowledge and ability to think on his feet make him a highly effective trial counsel.’” Senior Associate, Legal 500 Top Tier Firm

Michael specialises in construction and engineering disputes and general commercial litigation. Michael’s cases frequently involve high-value and technically-complex disputes, both in the TCC and international litigation and arbitration. His commercial practice, which includes a number of high-profile and international clients, tends to focus on difficult issues of contractual interpretation, including heavily-amended standard form and third party agreements.

Michael serves as a member of the Executive Committee of TECBAR. He is also a TECBAR-accredited Adjudicator and Mediator.

In addition to his practice, Michael is a Visiting Lecturer and an LLM supervisor at The City Law School, University of London.

Outside of work, Michael was elected one of the youngest-ever Fellows of the Royal Society of Arts for his scholarly contributions to legal reform and philosophy. He also regularly enjoys squash and sailing, and is a classically-trained pianist.

Michael is an active member of the Bar Pro Bono Unit and Lincoln’s Inn, where he regularly volunteers as an advocacy tutor and pupillage mentor.

He is also a regular contributor to Corporate Rescue and Insolvency (LexisNexis).

In addition to his role as Visiting Lecturer at The City Law School, University of London, Michael frequently hosts and participates in talks relating to academic topics and legal practice, a selection appearing below:

Whilst a BPTC student, Michael was one-half of the team which won the national Inter-Provider Moot Competition, hosted by Lincoln’s Inn and which took place across four rounds. The topic of the final round was disgorgement of profits and loss of amenity in contractual breach claims. He similarly was one-half of the winning team awarded the Lincoln’s Inn Debating Shield for 2015.