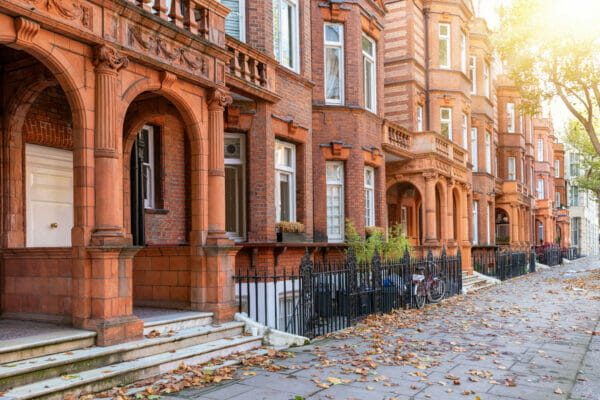 Welcome to the October 2019 edition of the Property Newsletter from Hardwicke.

Steven Woolf gets serious about surrender. Not in a Brexity way, don’t worry, but about surrender of leases by operation of law. Far easier to understand…  We also remind you of a couple of other articles which may be of interest and which we published over the course of last month.

Daniel Gatty’s new book will be published this November: A Practical Guide to Rights over Airspace and Subsoil.  So there is your Christmas present dilemma sorted!  This book provides a practical and concise but thorough survey of the many legal issues affecting airspace and subsoil.  The areas covered include freehold and leasehold ownership, easements, manorial rights, conveyancing and land registration, leasehold enfranchisement, adverse possession, minerals and developing above and below existing buildings.  To obtain a 10% discount, use discount code HSJ2928 and the following link.  You will be now have had an invitation to our celebration launch party and we hope to see many of you there.

A warm welcome to David Peachey who has joined the Hardwicke Property Team.  David specialises in property work including commercial landlord and tenant, residential housing work and real estate disputes.  He also handles issues relating to trusts of land, often in conjunction with Inheritance Act and probate matters.  In conjunction with his property practice, he has developed a specialism in insolvency related property cases and also handles company work and general commercial disputes.

And Clare Anslow takes her turn to spin the Wheel of Questions.

The next newsletter will be in November.

The first half of Cameron Stocks’ month was spent on a remote island in the Orkneys with family. Upon his return to civilisation, Cameron spent the second half of the month arguing about the status of beneficiary occupants following the death of family members, the removal of trustees of land for misconduct and whether PD55A requires housing association landlords to serve mortgagees with possession proceedings issued against shared ownership lessees pursuant to Ground 8, Schedule 2 Housing Act 1988.

This month Brie Stevens-Hoare QC has been looking at parking rights, variation of leases and rectification. She has also been delving into the Welsh Legal system where it differs from the English.

Andrew Skelly had some bother with the Land Registry – it registered a transfer on the basis of an unsigned plan (rather than the correct, signed plan) but decided this was not a ‘mistake’; and it rejected an application for registration on the grounds of adverse possession, asserting that the relevant boxes on the form had not been ticked, when they had in fact been ticked. On the plus side, he did have a very nice time in Mallorca.

Peter Petts has been grappling with telecoms leases.

Lina Mattsson has thoroughly enjoyed her maternity leave so far. Now looking forward to two weeks of sunshine in Cyprus before getting ready to come back to work.

Charlotte John spent her month unravelling a range of knotty property problems created by trustees, executors, and attorneys who have represented a fairly diverse spectrum between the well-intentioned and downright dishonest.

Daniel Gatty has had a month of miscellany, including a successful security for costs application in a dispute over a medical practice’s premises, two rent review cases, a prescriptive easement, a mortgage or three and a partridge in a pear tree (only joking, it was an apple tree).

Amanda Eilledge was advising on boundary disputes (lots) and finally settled a long running freeholder/shareholder dispute. She has also had the satisfaction of having two cases this month where the claimant discontinued against her clients the day before the hearing.

Priya Gopal: Did you see? You may have missed...

In the recent decision in Neocleous v Rees [2019] EWHC 2462, HHJ Pearce concluded that an email footer was capable of amounting to an electronic signature.

Mr Tear made attempts to vacate the First Tier Tribunal on the basis that the parties had agreed the terms of settlement. Mr Tear was advised by the Tribunal that a consent order would be required for the forthcoming hearing to be vacated. No consent order was agreed between the parties and the Defendant subsequently requested that the hearing of the application be re-listed.

The Claimants issued proceedings seeking specific performance of what was termed a ‘contract of compromise’. The Defendant maintained that no contract had in fact been concluded on the basis that: (i) the emails did not evidence an intention to create an agreement for the disposition of an interest in land; (ii) the emails did not include all the terms of the agreement between the parties; and (iii) the emails were not signed by the parties.

After some concessions at trial, the only issue remaining for the court to determine was whether the wording at the footer of email correspondence between the parties’ respective solicitors was sufficient to satisfy the requirement of section 2(3) of the Law of Property (Miscellaneous Provisions) Act 1989 (‘the 1989 Act’) which stipulates that:

HHJ Pearce concluded that the Claimants were entitled to specific performance of the contract of compromise. In his judgment, HHJ Pearce noted as follows:

Further, the Defendant’s argument was of course unattractive in that it involved relying on a technical defect when the terms themselves were in essence agreed between the parties.

Although no guidance is provided in the 1989 Act as to what amounts to a signature, HHJ Pearce was assisted, inter alia, by:

Whilst the decision in Neocleous at first glance seems novel, it essentially applies existing principles on electronic signatures to the case of an email footer. Accordingly, the test remains the same, namely whether the name or other print is applied with the intention of authenticating a particular document.

Further, it is also important to bear in mind that the Defendant made two key concessions at trial which meant that the court was only considering the narrow point of the footer serving as an electronic signature. Specifically, the Defendant did not pursue the arguments that: (i) there was no contractual intention at the time of the email exchange; and (ii) the email exchange did not comply with section 2(1) of the 1989 Act. When looking at the decision in context, it is clear that the contract of compromise was specifically enforceable because the requirement for intention and compliance with section 2(1) had also been satisfied. It therefore follows that if the emails were marked ‘subject to contract’, ‘heads of terms’ or otherwise demonstrated a lack of intent, the conclusion may have been different.

Additionally, although the footer appeared automatically, it was not without Mr Tear’s knowledge and it was clear on the facts that he relied on the automatic footer to sign off his name.

In the circumstances, my view is that the decision in Neocleous is a sound application of existing legal principles but also sends a message to the profession that caution should be exercised to ensure that parties do not inadvertently enter into binding agreements.

Avid readers of this newsletter will know that we have a new Podcast programme.  Click here to listen to this and to subscribe.  If you have not already done so, you may find listening to the podcast by Brie Stevens-Hoare QC and Steven Woolf on preventative injunctions useful.

Each month, a member of our property team has to spin ‘the Wheel of Questions’ and answer the first 3 questions that come up. This month, Clare Anslow tried her luck with the wheel.

What was you first job?

My first proper job was during my gap year before university where I worked at Blockbusters – I loved it. We got to watch any films rated aged 12 or less in store (I can recite pretty much every Disney movie made before 2006) and got ten free rentals a week – including renting films 2 weeks before they were released to the public. I was very sad to see it disappear from the High Street – choosing a film from Netflix is nowhere near as exciting as choosing a physical DVD (or video, they still had those in 2005) from the shop.

What has been on your mind lately?

Plastic. Ever since this issue has been covered more in the media I’ve really noticed how much single waste plastic I use at home (and how difficult it is to stop). I recently purchased some bees wax paper to replace cling film, I am using a reusable coffee cup for my morning coffee and I’ve gone back to a milk delivery each day in a glass bottle – but I still have a very long way to go.

If you didn’t have to sleep, what would you do with the extra time?

Learn a language. I have always been desperate to learn to speak French fluently and it is my resolution pretty much every New Year. However, I never have the time to put in the effort that is required and by February my French-for-Beginners book is banished to the back of the bookcase.

The Property Newsletter is edited by Carl Brewin. Comments or queries about this newsletter? Please get in touch with him!