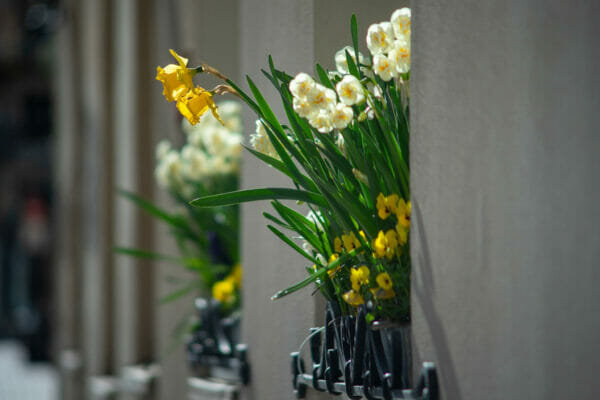 Welcome to the April 2021 edition of the Property Newsletter from Hardwicke. It’s now been over a year since the new normal and, aside from those sadly lost and those greatly affected by the pandemic, thoughts wander to whether we will simply return to our pre-pandemic existence going about our daily business. For the editor, what would have otherwise been an unexciting trip to Court the other day on the 8.35 from London Bridge was transformed into a magical mystery adventure, the first time in months he has travelled at anything faster than running (alright, pained jogging) pace, eyes glued to the world whizzing by. Reminded of memories as a child when rail travel of any kind was simply marvellous. It’s the little things that make the difference. Oh, and hairdressers about to reopen. Gyms not so much.

If you haven’t already, check out the interview with Brie Stevens-Hoare QC in the March 2021 Estates Gazette on diversity and inclusion in the real estate sector, and the challenges/opportunities the pandemic has presented.

Priya Gopal also spins the wheel of questions for us this month.

For all things Covid-19 related, Hardwicke’s Covid-19 resources related hub can be found at https://gatehouselaw.co.uk/covid-19/.

The next Newsletter will be around the end of May 2021. From all the team at Hardwicke we wish you and your family all the best.

John de Waal QC has been acting on behalf of a landlord claiming summary judgment in a rent claim where the (hopeless) defence is that it is an implied term of the lease that rent need only be paid when the premises are lawfully open for trading.

As Steven Woolf waits for the decision of Mr. Justice Nicklin in relation to the obtaining of preventative injunctions to protect Green Spaces, he has been working this month to protect major construction sites and shopping centres from the highly dangerous acts of trespass by so-called Urban Explorers.

Andrew Skelly has been obtaining an injunction preventing a developer and its contractor from trespassing on a vendor’s retained land. By telephone hearing. It was as if the development of CVP and MS Teams hadn’t happened. He is going to spend the remainder of the month sitting as a Recorder in the Crown Court.

Lina Mattsson has had a month dealing with a golf course, advising on the prospects of modifying restrictive covenants under a s 84 application and whether the restrictions on golf courses in the Health Protection (Coronavirus, Restrictions) Regulations allow the tenant to serve a break notice. Lina is also about to have a 3-day EPA trial in the magistrates – she is missing CLCC!

For Monty Palfrey, in addition to obtaining a declaration from a High Court Master allowing for the enforcement of a pre-Covid residential possession order following further non-payment of rent, a lot of time has been spent learning about burial rights and the legal implications thereof.

Peter Petts has been dealing, successfully, with the knotty issue of when the grant of sub-lease amounts to an assignment of the head lease, and injuncting very naughty managing agents (albeit that it was an interim injunction so there has been no finding that they were very naughty, yet).

Jamal Demachkie has spent the past few weeks dealing with a variety of claims: prof neg against solicitors and surveyors, restrictive covenants in favour of a charity, and an acrimonious neighbour dispute, to list but a few.

Daniel Gatty was in the BPC acting on behalf of an Islamic burial society in a trial over burial rights in a privately owned cemetery – against Monty Palfrey. That aside he has been busy with an assortment of claims on everything from (alleged) conveyancing negligence to prescriptive easements to defective mortgages.

Katrina Mather has had an influx of insolvency related property instructions. If it’s a sign of what’s to come, the next year is going to be rather busy!

The Team is continuing its successful #Brew series on Zoom, so that we can all have an informal chat and we can let you in to our team’s thoughts about current issues and the practical challenges practitioners and their clients are facing. Thank you to all those who attended our Brews so far.

If you missed the Rights of Way Brew, you can find a copy of the Takeaway Cup here. This session was so popular, we are now working a follow up on the topic later in the year.

There are lots more Brews being planned for after Easter so watch this space!

Our webinar on Rent Repayment Orders has been rescheduled for 5th May 2021, where Faisel Sadiq, Laura Tweedy, Clare Anslow and Byroni Kleopa will be guiding you through recent developments.

All the seminars in our J2J property seminar programme for 2021 are aimed at junior property practitioners wishing to build up their knowledge of some of the issues that come up regularly in practice or more senior practitioners looking for a refresher. The full programme is set out below. All these seminars will take place online via Zoom at 10am and will last for 30 – 45 minutes. If you feel that all/any of theses sessions would be useful, please do feel free to mention it to colleagues.

Anyone wishing to attend any of the events should please email events@gatehouselaw.co.uk to be added to the mailing list. We will be sending out formal invitations to each event before each session.

Witness statement reforms – what to note and why not to worry

When engaged in contractual or statutory interpretation, we lawyers would do well to remember that the courts (or at least the higher courts) view their role as being to “oil the wheels of commerce, rather than to throw grit into the engine”. The decision of the Court of Appeal in Williams v Aviva Investors Ground Rent GP Ltd [2021] EWCA Civ 27, is an excellent example of the higher courts performing this role as well as being an important case on the effect of s.27A(6) of the Landlord and Tenant Act 1985 (“1985 Act”).

Click here to read the article by Faisel Sadiq.

Can trials involving allegations of dishonesty be held remotely?

Witness evidence and cross examination occupy central positions in English civil procedure and are particularly important where allegations of dishonesty are in issue between the parties. The current COVID-19 pandemic, however, has seen drastic changes to the conduct of litigation; one notable change has been the rise of remote hearings as the default.

Bilta (UK) Ltd & Ors v SVS Securities Plc & Ors[2021] EWHC 36 (Ch) considers the issues that arise when the two collide in the context of a hotly contested claim asserting a primary cause of action in dishonest assistance.

Click here to read the article by Mark O’Grady.

The Secretary of State for Transport obtained an injunction in March 2020 which prohibited “persons unknown” from trespassing on land held for the purposes of the HS2 rail project. The court ordered service of the order by an alternative method under CPR r81.8(2)(b) and set out the steps to be taken to effect good service, including affixing copies to “posts, gates, fences and hedges at conspicuous locations around … [the land]” and advertising its existence on specified websites.

If you haven’t already, check out the interview with Brie Stevens-Hoare QC in the March 2021 Estates Gazette on diversity and inclusion in the real estate sector and the challenges/opportunities the pandemic has presented.

Each month, a member of our property team has to spin ‘the Wheel of Questions’ and answer the first three questions that come up. This month, Priya Gopal tried her luck with the wheel.

Q. What’s been on your mind lately?

A. Things to look forward to when we are out of lockdown. I have booked my spa appointment so I’m hoping nothing stands in my way!

Q. If you could instantly become an expert in something, what would it be?

A. Yoga. I’m a bit of rookie (that’s probably an understatement) and I think it would improve my lifestyle if I was much better at it.

A. Boyzone. My sister was a loyal Boyzone supporter and somehow I was dragged along. Whilst I completely expect lots of judgement to be coming my way, it really and truly wasn’t my fault.