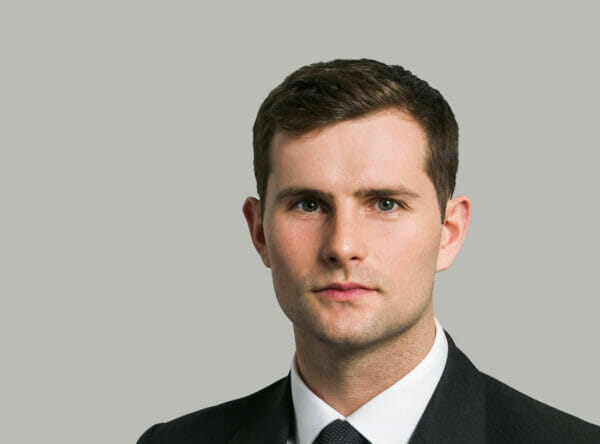 George specialises in commercial and construction litigation, including insurance and professional negligence matters. He is recommended by the Legal 500 as a “rising star” at the construction bar.

In addition to his individual work, George regularly works as a part of a larger counsel team. Please refer to the tabs to the side of this page to see specific examples of George’s recent work in his core practice areas.

Before joining Gatehouse Chambers, George graduated from the University of Oxford with a First Class degree in History and then completed the GDL and BPTC at the City Law School, during which time he was awarded a number of scholarships and academic prizes.

George regularly contributes to Gatehouse Chambers' programme of seminars and articles on key and emerging issues in his practice areas.

George is recommended for Construction in Legal 500 as a “rising star”.

The directory notes that: ‘ His key strength is attention to detail – he has an impressive ability to absorb large quantities of information and papers and produce incisive accurate drafting and advice. I would recommend him for trials without hesitation. ’

Scholarships and other awards & prizes: